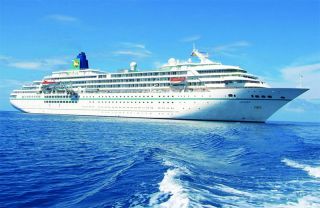 When asked about the city’s state of readiness prior to the arrival of the cruise ship Amadea on 22 September the Councillor for Tourism, Fanny Serrano, said that the Torrevieja is ready to receive the cruise passengers with open arms.

She was responding to criticism from some local political organisations suggesting that the whole venture would be a farce.

She said many of the things said recently had been manipulated and distorted, noting that "the unnecessary controversy only hurts the image of Torrevieja when the city has the potential and is ready to receive this and many future cruises that will attract much needed income into the area”.

The councillor said that the arrival of the cruise, which last year anchored in Benidorm and Denia, "was organized over a year ago with the German shipping company, Phoenix Reisen, quite probably choosing Torrevieja possibly because it is less expense than many other ports, but it still has the movement facilities to get the travellers out and about, to activities and events around the area.”

She also said that during a recent meeting attended in the Marina Salinas with the mayor, José Manuel Dolon, and the first deputy mayor, Pablo Samper, the organisers said that they were able to offer necessary facilities and comfort for disembarking passengers including an information tent which will be erected in the Marina Salinas near to the point where the cruise passengers will land.

Most of them will be pensioners from Germany, Switzerland and Austria. The Tourist Train will also be available to ferry them all around the town.