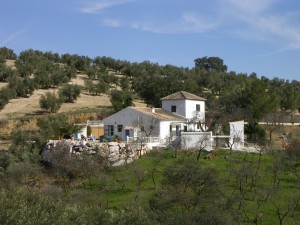 40% of spanish house-hunters are thinking of moving to the countryside, finds a new study by the property portal Casaktua.com.

For centuries, the dominant trend has seen Spaniards moving from the countryside to the city in search of a better life,following in the footsteps of other western economies that industrialised and urbanised, increasing demand for city property. But now a growing number of Spanish home buyers are going the other way, suggests this latest study.

Four out of ten Spaniards searching for a home at Casaktua.com are looking for property in the countryside or small villages, driven by a desire to find cheaper property and a lower cost of living than life in the big cities, say Casaktua, based on a survey of visitors to their portal.

60% of house-hunters looking to move to the countryside said they were wanted to buy cheap, and reduce living costs. So the dominant motive behind the desire to move the countryside is economic, which comes as no surprise in these times of austerity.

The desire to start or enlarge a family in a quieter setting is the other big reason given for wishing to move to the countryside. 53% of respondents said they plan to have children, whilst 52% said they need a place to look after elderly relatives.

By region, Galicia, Castilla-La Mancha, and Murcia are the areas where the biggest number of people plan to move to the countryside.