How 3D printing by robots is set to transform building 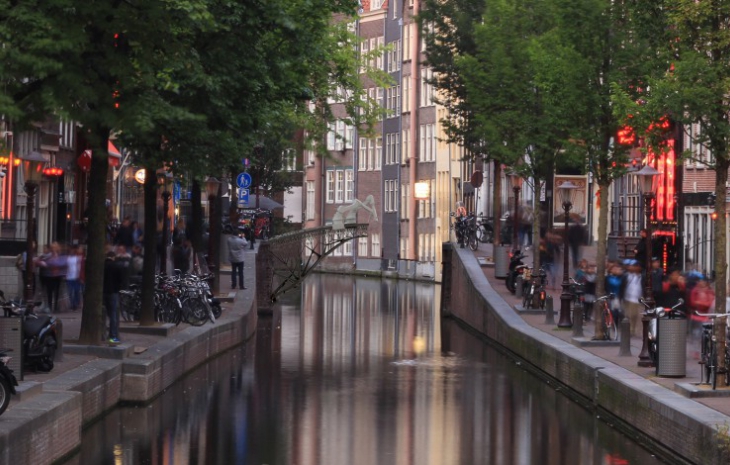 The building industry is at the beginning of a revolution, where robots create structures at the touch of a button. That’s the potential that 3D printing offers, say Dutch experts who are leading the way. Right now, groundbreaking technology and construction companies are helping to develop new technology and working on test projects to make that scenario a commercial reality.

The Dutch are among those at the forefront of the sector and one 3D specialist is aiming to create a bridge to the future by printing a steel bridge made by robots that will span an Amsterdam canal.

“We can 3D print metals and synthetics without the need for support structures. We believe that we are at the beginning of a revolution: digital design and fabrication are changing rapidly. The possibilities are endless.”

The bridge, at a location still to be confirmed, is planned to go ahead in 2017, and could take two months for the robots to build, but when finished, it should be a visible indication of the promise of 3D printing by robots and the fact that large-scale infrastructure can be printed in-situ.

Unlike other 3D buildings constructed from resin or plastic, the bridge will be made from a strong new steel composite created by the University of Delft.

Printing an intricate, ornate metal bridge in a unique location is the ultimate test for robots, software engineers and craftsmen, says designer Joris Laarman, and has radical implications for the construction industry.

“I strongly believe in the future of digital production and local production, in ‘the new craft’. This bridge will show how 3D printing finally enters the world of large-scale, functional objects and sustainable materials while allowing unprecedented freedom of form. The symbolism of the bridge is a beautiful metaphor to connect the technology of the future with the old city, in a way that brings out the best of both worlds.”

The experimental process uses new Autodesk software tools, and is a collaboration between MX3D, design software company Autodesk, construction company Heijmans and others.

The system is controlled by software developed by MX3D including Project Dreamcatcher and Dynamo. This technique enables printing of strong, complex structures made of durable material.

It is claimed to be more cost-effective and scalable than other 3D printing methods, and offers creative robotic production solutions for art, construction, manufacturing, and more.

Tim Geurtjens, Chief Technical Officer of MX3D, says, “What distinguishes our technology from traditional 3D printing methods is that we work according to the ‘Printing Outside the box’ principle. By printing with six-axis industrial robots, we are no longer limited to a square box in which everything happens. Printing a functional, life-size bridge is of course the ideal way to showcase the endless possibilities of this technique. ”

Maurice Conti, Director Strategic Innovation, at Autodesk calls the MX3D platform a potential game changer. “Breaking free of the traditional limitations of additive manufacturing – small size prints and poor material performance – this technology opens up possibilities for architectural-scale, relatively low-cost, metal structures that are as complex as the designer’s imagination.”

The MX3D 3D printer is portable like a carriage that runs on tracks which it prints itself and can run diagonally and vertically, if necessary. Amazingly, the robots will be programmed to adapt to outside changes on their own initiative.

Meanwhile, also in The Netherlands, a team from DUS Architects is a year into a three-year project to build a full-size 3D-printed Canal House in Amsterdam, which it says will lead to new tailor-made housing solutions worldwide.

The building site is designed as an exhibition that is open to the public and the feedback from audiences generates input for research.

The 3D Print Canal House, which was launched in March 2014, consists of 13 different rooms that each showcases a research update in shape, structure and material. The entire building chain is exposed: from design to material to production to construction, installation and also design software.

The house is printed with the KamerMaker – a gigantic FDM printer developed by DUS that can produce elements of 2 x 2 x 3.5 meters.

The two projects show the exciting possibilities ahead for the construction industry around the world. As DUS Co-founder, Hedwig Heinsman, says, “This is only the beginning, but there could be endless possibilities, from printing functional solutions locally in slums and disaster areas, to high-end hotel rooms that are individually customised and printed in marble dust.”