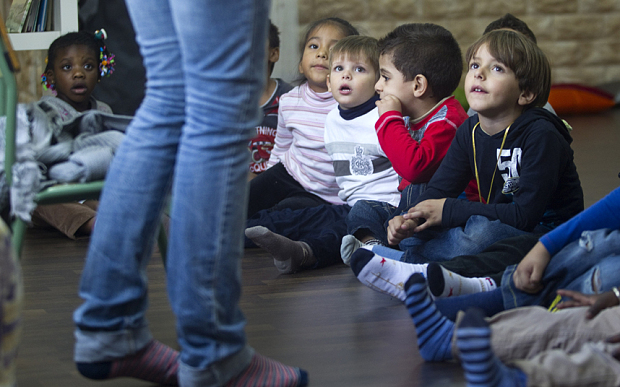 The type of nursery or school you choose for your child depends on what language you wish them to be educated in and which educational system you wish them to follow. Not forgetting your budget and location.

Education in Spain is compulsory between the ages of six and 16. The school year is set annually but usually runs from the first week of September until the last week of June. The timetable at public schools is usually seven hours a day, Monday-Friday, but varies slightly depending on the school, the region and the age of the children.

It is compulsory to learn Castilian at all schools, even where Spanish is not the main language. In regions with other languages, it is also compulsory to learn the co-official language – for example, Catalan in Catalonia. In addition, children must learn a foreign language, which in many cases is English.

Nursery school, known as guardería, is available (and sometimes subsidised) for children aged 0-3 and it is free for those aged three or over. About a quarter of children are in school by the age of two and almost all are by the age of three.

Theoretically, any child is entitled to public education at this age, but due to limited places many parents may find they have to turn to private child care. Some private nurseries are bilingual. The MumAbroad website (spain.mumabroad.com) has a directory of international nurseries in Spain organised by location, with many recommended by members of the site who have provided extensive reviews.

Fees depend on the age of the child and the area in which you live, but tend to hover around the €500 (£400) per month mark. Public nursery schools will be cheaper.

Nannies and au pairs are also a child care option in Spain. Expat websites such as AngloINFO (uk.angloinfo.com) list local companies who can match you up with a suitable nanny.

There are three stages of schooling in Spain. These are pre-primary, primary and secondary, which is split into lower and upper secondary.

Pre-primary: From the age of nine months to three years, children are looked after at guarderías (nursery schools). Class sizes here are very small and the focus is more on “looking after” the child as a form of childcare as opposed to education. At the age of three, children move to educación infantile (EI) – pre-primary school. Here, from the age of four, they will start learning numbers and letters.

Primary education: This goes from six to 12 years with three two-year periods (years 1 and 2; 3 and 4; 5 and 6). If children have not reached the required stage after each period, they may have to repeat a year. Maximum class sizes are 25 with most teaching done by a class tutor, apart from sports, music and languages, which are taught by specialists. Subjects covered are Spanish, maths, PE, art, Conocimiento del Medio (which includes geography, history and biology) and a second language, usually English. Religion (Catholic) is optional: the school generally asks parents if they wish their child to study it – other subjects are available should parents prefer to opt out.

Secondary school: Lower secondary (educacion secundaria obligatoria) runs from 12 to 16. The maximum class size is 30. As in the UK, teachers at this stage are split into specialist subject areas, but children still have a personal class tutor. Compulsory subjects include science, sport, social science, geography, history, Spanish language and literature, a foreign language and maths. Again, assessment is continuous and based on exams, with lower-achieving children having to repeat a year. Spain has the highest rate of repeat-year performances in Europe. If they pass, the student is awarded a Certificate of Compulsory Secondary Education.

Upper secondary: This is non-compulsory schooling from 16 to 18. Students can take Bachillerato, the equivalent of A-levels and similar to the International Baccalaureate. Students usually take 10 subjects in the first year and eight in the second. Compulsory subjects include Spanish language and literature, a foreign language, sport and philosophy. Beyond the core subjects, students can choose to specialise in the arts, natural sciences, engineering, social sciences or humanities.

There are regular exams, usually once a term, as well as final exams. If students pass their exams throughout the course and at the end, they are awarded with a Bachiller. The Bachiller, along with an oral exam in a foreign language, are the qualifications required to attend a Spanish university.

Spain has the highest high school drop-out rate in Europe. In 2013, some 23.5 per cent of Spaniards aged 18 to 24 had dropped out of school before completing the compulsory ESO (educacion secundaria obligatoria): that’s double the rate in the EU, but at least down from the 31 per cent in 2007.

The advantages of sending your child to a Spanish school are that it is free (if you choose a public school), that your child will be more integrated with the Spanish community, which may be important to you if you are planning to stay in the country on a long-term basis, and that the school is likely to be more local to where you live.

The primary language will, of course, be Spanish, which may be tricky if your child does not speak it. Generally, children under 10 will pick up Spanish relatively quickly, with three to six months being the rough time frame. Some schools do provide intensive language courses for children to help them learn quickly, and there are plenty of private courses available. If your child does not speak Spanish, you might find they are put back a year until they have mastered the language, at which time they will be put in with their own age group.

If your child is being educated in Spanish, you will need to keep English spelling and grammar up at home if you intend for them to return to the British education system at some stage.

There is no official league table of Spanish schools; schools are usually recommended by word of mouth, but El Mundo (elmundo.es) newspaper publishes a list of the 100 best private and concertado schools in the country.

If you are enrolling your child in a Spanish school from the UK, there is a chance that they will need to have an interview and a medical. Local schools are filled on a first come, first served basis with the enrolment period happening early in the year, around March, and lasting for two months. If your child is entering secondary school, you will also need to have proof of convalidation. This is the process of having your child’s educational records verified by the Spanish Ministry of Education. This requires filling in an official form called the Modelo Oficial and this process can take between three and six months, so it would be wise to start proceedings prior to leaving the UK, because your child will not be allowed to start school without it.

International schools offer a range of education choices, including the British A-level system and the International Baccalaureate.

Emma Grenham, 41, who lives in Barcelona and founded the website Kids in Barcelona (kidsinbarcelona.com), said: "Although they may be international by name, they are not always by nature. In some cases, the majority of pupils are local children and not the offspring of globetrotting, transient families as might be expected. British and American schools attract Spanish families seeking an English-language education for their children. Some international schools regulate their intake by fixing the percentage of national and international students enrolled. It may also be the case that your child receives their formal teaching in English but in the playground or during after-school social occasions the lingua franca among classmates is Spanish.”

If you want to educate your child through the British system in Spain, there is a vast array of British schools to choose from. The National Association of British Schools in Spain (NABSS) lists member institutions in locations from the country’s Atlantic north coast to the Canary Islands. For a full list of schools, see the NABSS guide.