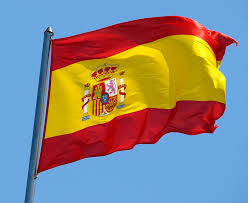 Spain was the fastest growing economy among the eurozone's 'big four' countries in August, racing ahead to record its second best period of expansion in over eight years.

The country's PMI reading came in at 59.6 in August, capping off another strong month for the eurozone, where activity rose to 54.3 in August from 53.9 in July.

Expansion was also driven by strong performances in Germany and Italy. Any reading over 50 indicates growth.

The services sector was the "leading light" of the Spanish economy, said Andrew Harker, senior economist at Markit.

Spain's domestic recovery has been proceeding apace three years after the country's banks were bailed-out by international creditors. Spaniards are now preparing to go to the polls in December to decide to whether to stick to the austerity mantra of the ruling party of Mariano Rajoy.

Rising employment will come as welcome news to Madrid, as jobless rates remain stubbornly high at 22pc, the second highest in the eurozone after Greece.

"It is Spain that remains the star performer among the largest eurozone countries, with the PMI signalling another 1pc GDP growth spurt in the third quarter," said Chris Williamson, chief economist at Markit.

France, however, remained the laggard of the bloc's largest countries, with new data showing the economy lurching back into stagnation. August's PMI reading came in at just 50.6 down from 52 in July, as employment, new business, and prices remained weak.