A look into the different towns and villages on the Costa Blanca South: Crevillente 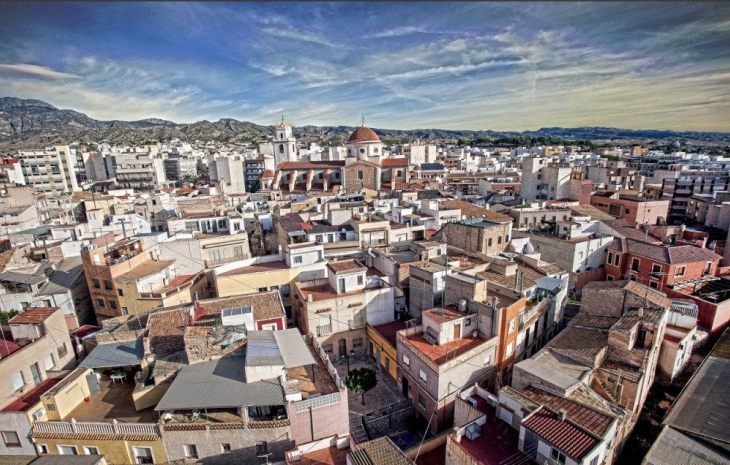 Crevillente is a small town set inland in the comarca of Baix Vinalopo and lies at the foothills of the Serra de Crevillent in the province of Alicante in Spain.

Crevillente (also known as Crevillent) has a permanent population of almost 30,000 inhabitants who live in the market town. It is very dry around Crevillente and the vegetation surrounding the town consists mainly of carob trees, almond trees, olive trees and esparto.

Crevillente is also a major producer of carpets. Historically Crevillente dates back to Roman times. In 1263 during the times of the Reconquista, James I of Aragon captured the city from the Moors and it became part of the kingdom of Valencia.

HOW TO GET TO CREVILLENTE

Crevillente can easily be accessed from the A7 Autovia del Mediterraneo and then from the national road the N340. The nearest town and city to Crevillente is Elche while a little further away are the cities of Alicante and Santa Pola.

There is no doubt that explore the region properly you will really need to look at Crevillente car hire which can be obtained locally but the easiest option is to hire a car directly from Alicante airport once you arrive in Spain.

The nearest beach to Crevillente is the Arenales del Sol which is located south of Alicante and the Carabassi Beach in nearby Gran Alacant is also worth a visit.

Further down south are the great tourist resorts of Guardamar del Segura and Torrevieja with their beaches, promenades, bars, restaurants and some nightlife.

The weather and climate in Crevillente is excellent. Crevillente is an inland town on the southern Costa Blanca coast of Spain and enjoys more than 2,800 hours of sunshine each year with an average annual temperature of 19.3 degrees Celsius.

Crevillente is also a major producer of carpets. Historically Crevillente dates back to Roman times. In 1263 during the times of the Reconquista, James I of Aragon captured the city from the Moors and it became part of the kingdom of Valencia.

At first glance the town of Crevillente simply appears to be a modern industrial town which you might easily pass by however it does have a long and fascinating history and was in fact occupied even before the arrival of the Romans in Spain some 2,000 years ago.

Early settlements were established by the Iberians, and these were extended somewhat when the Romans arrived, though the town did not really develop until the Moorish occupation when agricultural methods enabled the area to be cultivated.

During the 18th century a carpet industry emerged turning into a significant earner for the town, early carpets were made from esparto grass and were mostly exported.