Spain: A nation where two-thirds of population are flat-dwellers 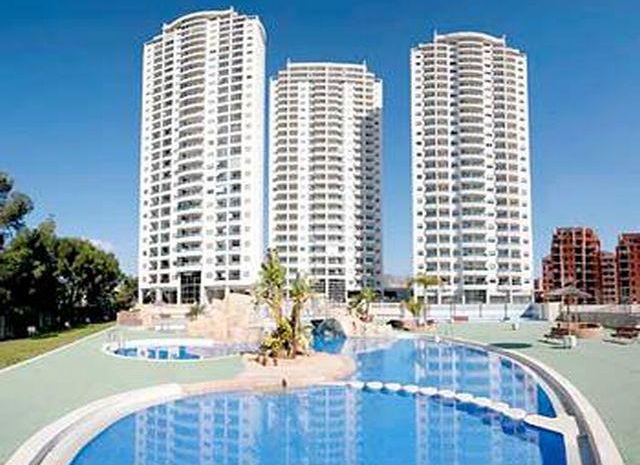 More Spaniards live in apartments than anyone else in Europe, but why do they seem to favour flats over houses?

Spain has the highest proportion of flat-dwellers in Europe and the lowest percentage of people living in houses, according to a new report by Eurostat.

The latest figures on European housing reveal that two out of three Spaniards live in a flat, while in countries such as Britain, Croatia and Norway, more than 80 percent of people live in houses.

Flats are also a popular form of accommodation in Latvia - where 65 percent of the population live in a flat - Lithuania (58 percent) and Greece (57 percent).

But unlike their flat-dwelling European cousins, most Spaniards own their own homes - 80 percent own while only 20 percent rent. They just prefer those homes to be flats and not houses.

Six out of ten Europeans live in houses, so why do Spaniards prefer flats? One answer is that Spain is a heavily urbanized society:

"There is a geographic factor in why many Spaniards choose to live in apartments," Brian Mosbeux, property analyst at Moving2Madrid, told The Local.

"Spain has a large territory but a lot of it is empty and the population concentrates in specific areas, with city growth often engulfing the periphery."

The construction of large apartment blocks boomed under Francisco Franco, who ruled Spain between 1939 and 1975. Many Spaniards moved to the cities from the countryside in the hope of greater opportunities.

"Cities have a lot to offer: job offers and opportunities are perceived as much better, ultimately whether or not to live in an apartment is a choice Spaniards make," Mosbeux added.

Mosbeux also pointed out that there is a cultural factor involved in the fact that Spaniards often prefer to live in a smaller space.

"The Spanish lifestyle limits the need for a lot of space or a house, a commodity highly prized in colder northern Europe," he told The Local.

And while it may seem that many Spaniards live on top of each other, packed into crowded apartment blocks, Spain is actually one of the least overcrowded countries in Europe, according to the report.

They must be doing something right: Spaniards are happy with their living conditions, rating them, on average, 7.3 out of 10.