DO YOU NEED A SPANISH LICENCE? 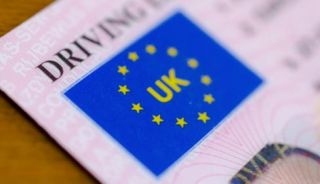 DGT re-issues info but it’s not all common sense!

Although recently information has been given by the DGT it still seems that many are confused over the issue as to whether they need a Spanish driving licence, and the simple answer is yes.

If you live in Spain you do but in order to clarify some of the confusion which has arisen over foreign residents in Spain changing their driving licence for a Spanish one, the DGT has once again issued more info which details the obligations of both drivers and law enforcers in dealing with the issue of whether you should be driving around with a licence issued in your native country.

Firstly, if your licence has an indefinite date, or more than 15 years validity and you were legally resident in Spain before January 19, 2013, you should have already renewed your driving licence; however, if you only became resident after that date then you have until 2 years from your date of residency to renew it.

Secondly, if your licence has expired or is due to expire, you must renew it in your country of residence, in other words, if you are a resident in Spain, your current licence, once it expires, must be renewed in Spain.

Another important thing to remember is the fact that Spain has adopted a transitional period in which those drivers who are resident must comply; this has been deemed a necessity because of the large amount of foreigners living in the country. The ~DGT have also stated that because of this no sanctions or fines would be issued before January 1, 2016, to allow drivers sufficient time to renew their licence.

However, if a driver has not renewed their license and exchanged it for a Spanish equivalent and is then stopped by traffic police and is found to be in violation of the law then their details would be recorded and forwarded to the DGT, where details would be added to the central computer system.

What happens then is that if the driver is stopped again and is found still to have not changed their licence within a six month period, and it is after the enforcement date of January 1, 2016, then sanctions would become applicable and a 200€ fine would be issued.

Some common sense has been applied to and there will be leniency if the driver can prove that an appointment has been made and is due in which the renewal is scheduled if it is beyond the six month or final date period.

Any driver, when stopped for the first time, will also be given an information sheet, in Spanish only at the moment (which undoes the ‘common sense’ rule), detailing the reasons why the licence must be renewed, and the procedure for going about it. If there is any doubt as to the residency status of the driver, the police will still record the details and send them to the traffic department to investigate the official status of the driver in question and the driver will be informed by post.