How UK pensions are taxed in Spain 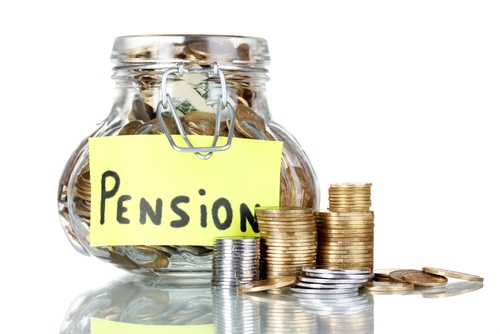 Retirees who are planning to move to Spain on a permanent basis need to know how their pensions will be taxed once they are resident there. It is usually your regular retirement income which provides the basis of day to day living expenses and tax needs to be factored into your calculations when working out how much you will have to spend.

Occupational and State pensions are only taxable in Spain if you are resident there, and are taxed as ‘general’ income in Spain, and added to income such as rental income and other pensions taxable in the same way, as part of your worldwide income. A deduction of between €2,652 and €4,080 is available against such income (the higher the income, the lower the deduction, although it cannot be reduced below €2,652) in calculating the taxable income. This income is then taxed at the progressive scale rates from 24% to 43%.

The UK State retirement pension is always paid gross in the UK, but for other pension income, HM Revenue & Customs (HMRC) will continue to deduct tax at source until they are satisfied that you are both resident in and paying tax on this income in Spain.

It used to be possible to receive your UK pension without deduction of tax in the UK using Form FD9. However, this Form is no longer accepted by the Spanish authorities and they will refuse to stamp any FD9s submitted to them. Nevertheless, it appears that certain tax offices in Spain, notably the Orihuela and Elche tax offices, are still accepting the FD9 at the present time.

Instead, Spanish residents paying tax in Spain can request a certificado de residencia fiscal NEN – España Convenio, from their local tax office in Spain. This certificate should then be sent to HMRC, along with details of the pension income from which UK tax is being deducted, at the Centre for Non-Residents, Fitz Roy House, PO Box 46, Nottingham, NG2 1BD, tel: +44 151 210 2222 (if calling from outside the UK) or 0845 070 0040 (if calling from the UK).

The tax year in Spain runs from 1st January to 31st December and the Spanish authorities will generally want the tax due on the UK pension to be paid for the first time in May/June of the year following the tax year of receipt before they will issue a certificado de residencia. You will ultimately be repaid any PAYE tax deducted at source in the UK by HMRC whilst you were actually resident in Spain. However, you should not then claim the UK tax paid on your Spanish tax return for the tax paid on the income in the UK. There will therefore be a period of some months between paying the tax in Spain and receiving the repayment from the UK authorities, and you should budget for this.

Government service pensions (e.g. civil service, local authority, fire service, police, armed forces, and certain teachers, but not NHS pensions) remain liable only to UK tax and are not taxable in Spain. EC and Commonwealth nationals may claim UK personal allowances to set against this income, regardless of their residence position.

A purchased annuity is taxed very favourably in Spain. Only a proportion of the annuity income is taxed in Spain according to the age of the recipient when the annuity is vested i.e. a binding contract is entered into to purchase the annuity, and that proportion is taxed at a flat rate of 18%. The tax-free element can be very generous, up to 88% on a whole of life annuity, if taken when over 70.

Such treatment normally only applies to annuities acquired inheritance, legacy or succession. If an employer has ever contributed to the fund, and the fund was built up during the working life of the individual, the annuity treatment is unlikely to be available.

A purchased annuity is where you have paid a lump sum to an insurance company in return for an income for either a specified period of time, or for the remainder of your life. On a whole of life annuity, on death, a reduced income is usually provided for your spouse for the rest of his/her life.

Often with a private pension the Trustees have purchased an annuity on your behalf. If the pension is recorded on your self-assessment tax return in Spain as an annuity, it may be accepted as such and a proportion may be tax-free.

However, this is a grey area in Spanish tax, because of the confusion over the meaning ‘purchased annuity’ in Spain and there is no guarantee that such treatment will be given. Spanish tax inspectors and accountants can, and frequently do, take different views on the matter, and this can vary from region to region, and even within the same region. If your Trustees have bought an annuity on your behalf, even though you didn’t purchase it directly, you may be able to claim the annuity treatment, although this will depend on your accountant, and also the tax inspector. If you do not make a claim for the annuity treatment, or your claim is not successful, your pension income will be taxed as occupational/State pension income, as above.

UK pension lump sums are tax-free in the UK, but are taxable in Spain if received whilst Spanish tax resident. It is thus more tax-efficient to take the lump sum prior to becoming Spanish tax resident, or, if you believe you’ll qualify for the much reduced annuity taxation system, you could commute the lump sum into higher pension income, although, as this treatment cannot be guaranteed, this may be a risk. You should also consider how many years you will need to survive to ‘recoup’ the lump sum if you take a higher pension income – sometimes this can take up to twenty years, and as the income will be subject to tax anyway, over potentially many years, this might not represent the most tax-efficient method of taking your money in any case.

The taxable amount is calculated as the difference between the capital received and the contributions you made and this ‘income’ proportion of the lump sum will be taxed at 18%.

Before 1st January 2007, a reduction of 40% was available on all pension lump sums, although from this date, this reduction only applies to payments received from employment and social security schemes and workplace/orphans mutual funds only (public schemes).