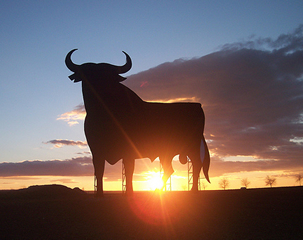 The residential property market in Spain has started 2016 positively with the latest figures showing that the average value of housing increased in January.

The latest data from property appraisal company Tinsa, shows that the Balearic and Canary Islands have seen prices rise the most, up 5.4% month on month and 3.2% year on year.

Prices in large cities increased by 2.9% year on year while priced on the Mediterranean Coast rose by 1% and in Metropolitan areas they increased by 0.8%.

But in smaller towns the market is not doing as well, with average prices falling by 2.2% year on year although there was a small rise month on month.

It also shows that since the peak of the market in 2007, the average property prices is still down by 41% but there are regional variations. For example, since the peak prices are down 48% on the Mediterranean Coast, down 44.2% in large cities and down 43.5% in Metropolitan areas.

The gap is less in the Balearic and Canary Islands, with an accumulated decline of 29.1% from peak while in smaller town they are down 37.3%.

Property portal Fotocasa’s latest data is also positive. It shows that the average price of second hand housing in Spain increased by 0.3% month on month in January, taking the average price to €1,623 per square meter.

However, year on year this index is still showing an average decline in prices of 0.3%. It also shows that since the peak in 2007 average prices are down 45% and 12 of Spain’s 17 regions have registered price declines in excess of 40% since the peak.

In January average prices increased in 10 regions. The biggest rise was in the Canary Islands with growth of 2.1%, followed by Aragón up 1.2%, Valencia up 1%, Andalucía and Catalonia both up 0.9%, Castilla-La Mancha, Navarra and La Rioja all up 0.8%, the Balearic Islands up 0.2% and Asturias up 0.1%.

In contrast, Extremadura recorded the biggest fall in prices with a decline of 1% in January, followed by the Basque Country down 0.9%, Galicia down 0.6%, Cantabria down 0.5%, Castilla y León and Murcia both down 0.4%, and Madrid down 0.2%.

The Basque Country remains the most expensive of Spain’s regions, with an average price of €2,730 per square meter, followed by Madrid at €2,197 and Catalonia at €2,064. The regions with the most economical second hand housing prices are Castilla-La Mancha at €1,058 per square meter, Extremadura at €1,100 and Murcia at €1,145.

The index also shows that 30 of the 50 Spanish provinces saw month on month price rises, ranging from 2.6% in Las Palmas to 0.1% in Asturias. In Burgos house prices remained stable over December 2015, while the 19 remaining provinces registered price declines, ranging between the a fall of 3.3% in Ourense to a fall of 0.2% recorded in Madrid.