Off Plan Property for Sale in La Mata Alicante

Number of properties: 1
Close to sea 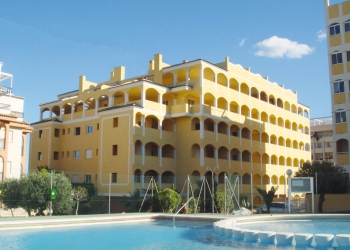 These Key Ready, Two & Three Bedroom Apartments in La Mata is located within a beachside town, between Torrevieja and Guardamar. Situated within a 5 minutes walk of the many local amenities and facilities, not forgetting the less than 10 minute walk to the very beautiful beaches... These properties comprise of open plan kitchens with or without an adjoining utility room, depending on...

Foreigners bought 69,196 homes in Spain during 2015, up 13%, which became one of five floors (18%) that were bought and sold in the country last year, according to the Ministry of Promotion.

The sale of houses by foreign citizens grew well above the average increase of 9.8% that the housing market recorded last year. Of the total housing transactions closed by foreigners, those who have no residence in the country were made with 4,846 properties in Spain, 10.1% higher than a year earlier.

For his part, foreigners who do have residence in Spain acquired 64,350 homes last year, resulting in an increase of 13.3% over the previous year.

Foreign citizens and second-hand segment and boosted the housing market during the past year, chained to its second consecutive year of growth and reach its highest level since 2010, with a total of 382,691 homes sold free.

Valencia, the region where most foreigners buy property.

By region, Valencia leads the communities in which foreigners bought more apartments last year, with a total of 20,219 units, of which 1,665 were purchased by nonresidents.

Vincent Real Estate is a family business with a team of experts estate agents totaling a combined experience of 60 years. We offer a wide range of real estate services covering all stages of the purchase of housing, including after-sales services.

Check out the catalog of our website where you can find homes with different characteristics in the Costa Blanca and Costa Calida.

Contact usand we'll help you with anything that you need related to the purchase of your home.