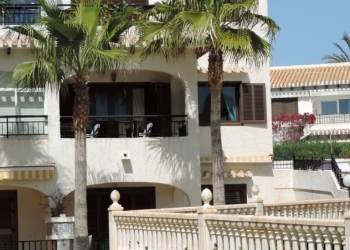 This South-East Facing, Two Bedroom, First Floor End Apartment in Cabo Roig is located beachside of the N-332 on the Orihuela Costa. Just a few minutes walk to the sea front down the road, and many amenities/facilities also within walking distance too! A spectacular area, and position, overlooking the communal gardens and swimming pool, comprising of an American style fully fitted...

This South-East Facing, Two Bedroom, Ground Floor Duplex Apartment in Cabo Roig is located on an exclusive development front line to the sea! Situated within a few minutes walk of nearby amenities and facilities, including main brand supermarkets, shops, bars and restaurants… Although the complex overlooks the sea, the beaches can be found just a 2 minute drive or short walk away! This...

During 2016 Spain became the fourth European country with the largest real estate investment received with a sum close to 13.9 billion euros.

Spain became the fourth largest European country in real estate investment in 2016 with € 13.9 billion, behind the United Kingdom (60.2 billion), Germany (52.5 billion) and France (25.7 billion). As a whole, real estate investment in Europe reached 251.1 billion euros, of which the residential sector registered a total of 43.7 billion euros received.

The data indicate that the residential real estate sector will continue on the positive path in 2017, registering values closer to normalization. In relation to prices, they are expected to increase between 3.5% and 5%. Such booms will occur in a sustained and healthy manner. Similarly, buying and selling, building new homes and signing mortgages will continue to increase.

Specifically, housing construction is expected to grow by 20%, to 74,000 units. In turn, there will be a consolidation of the banking sector and good financing conditions, two of the positive factors that will drive the residential sector. Finally, it is also expected that tensions will occur around the ground.