This East Facing, One Bedroom, Ground Floor Apartment in Formentera del Segura is located in a popular Spanish town, and an ideal location for distance to amenities and facilities, having a main brand supermarket just a stones throw away! Also the beautiful beaches of Guardamar can be found in just a 10 minute drive... This property comprises of a large open plan fully fitted kitchen; an...

This South Facing, Three Bedroom Top Floor Apartment in Formentera del Segura is located in the heart of this bustling Spanish town, situated within a few minutes walk to all the amenities and facilities on offer, including bars, restaurants, shops, supermarkets, banks, butchers, bakeries, sports centre and more... The beautiful beaches and coast at Guardamar is also just a 12 minute... 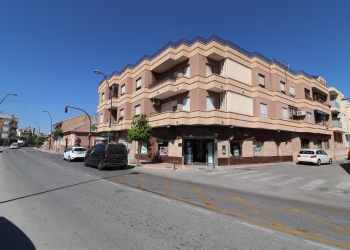 This East Facing, Three Bedroom, Second Floor Apartment in Formentera del Segura is located just off the main high street of this delightful, and popular town, near to Rojales and Las Heredades. Within a minutes walk of many many amenities and facilities, including the local town square and municipal sports centre with swimming pool, whilst the nearest beach is at Guardamar in a 10 minute...

This Two Bedroom, Second Floor Apartment in Formentera is located on the main high street in this traditional Spanish town. Situated within a few minutes walk of all the amenities on offer, including a wide variety of bars, restaurants, shops, supermarkets, butchers, bakeries and more... Guardamar beach can be found within a 10 minute drive too! This lovely property resides in a... 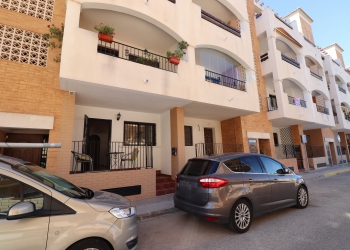 This East Facing, Two Bedroom, Ground Floor Apartment in Formentera del Segura is ideally located right in the heart of this lovely Spanish village, almost in front of the football ground and with open countryside to the rear of the block. In the village there is a major supermarket, bakery, pharmacy, bank, cafe bars plus a bus route, with the major towns of Rojales and Almoradi being...

Visas for new construction for residential use stood at 64,038 units in 2016, an increase of 29% compared to 2015 (49,695 units). In this way, the permits keep the path up and chain three consecutive years in positive, according to data from the Ministry of Public Works.