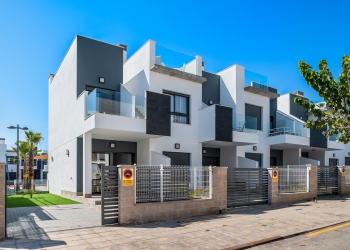 These Studio Apartments in Pilar de La Horadada are located within a new area of this well established Spanish town, close to Torre de La Horadada. Situated within a 10 minute walk of the closest amenities, with facilities such as the sports centre right on your door step too. Plus the beaches just a 5 minute drive away. These brand new and modern properties comprise of an open plan... 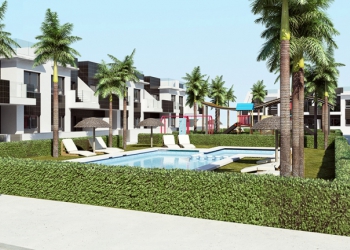 These Brand New, Modern, Two Bedroom Apartments in Pilar de La Horadada are located just outside the town centre, situated near to the municipal sports centre, within a 15 minute walk or 2 minute drive to the nearest supermarkets, bars and restaurants... Having very easy access to the beaches of Torre de La Horadada in less than 5 minutes too. These desirable properties with... 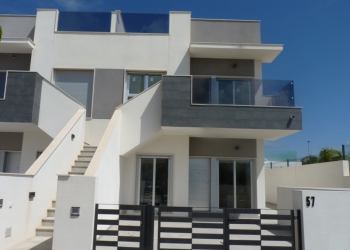 These Brand New, Two Bedroom, Ground Floor and First Floor Apartments in Pilar de la Horadada, an up and coming Spanish town known for its street market, amenities on offer and its proximity to the beach and major road network, making commuting to both Corvera and Alicante airports equally accessible. La Zenia Boulevard shopping centre on the Orihuela Costa is only 15 minutes down the... 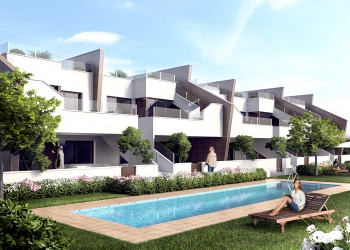 These Brand New, Modern, Three Bedroom Apartments in Pilar de La Horadada are located just outside the town centre, situated near to the municipal sports centre, within a 5 minute drive to the nearest supermarkets, shops, bars and restaurants... Having very easy access to the beaches of Torre de La Horadada approx. 5 minutes away, along with the nearest golf course. These large 90m2...

Housing is becoming more and more expensive. The price of houses rose to 7.7% during the first quarter of 2017 year-on-year, according to the real estate statistics of the Association of Property Registrars. In relation to the last tranche of 2016 - in quarter-on-quarter rate -, the increase stood at 4.1%. With these new appreciations, the adjustment accumulated since the highs of 2007 continues to fall and stands at 22.8%.

On the other hand, between January and March, 113,738 housing sales were registered, assuming the highest quarterly result since the first tranche of 2011. Compared to the previous quarter, the increase was 21.8%. In interannual data, the positive trend continues: in relation to the same quarter of 2016 there has been an increase of 14.4%.

The purchase of new housing is beginning to notice.

New housing on this occasion, contrary to the trend of recent years, has accompanied general growth, accounting for 18% of the total registered, with a significant quarter-on-quarter growth of 27.5%, when 20,490 sales were registered, while resale properties increased 20.6% over the previous quarter, reaching 93,248 operations.

The foreign buyer, more active than ever despite Brexit.

The weight of home purchase by foreign demand remained fairly stable in the first quarter in relative terms, presenting a rate of 13.1% of total purchases and sales. This has resulted in figures around 15,000 quarterly sales. Cumulative year-on-year terms reached 13.3% of purchases by foreigners, at record highs, resulting in more than 55,000 annual home purchases made by outsiders.

By nationality, the British continue to lead the ranking with 14.5% of purchases made, although their continued decline in recent quarters (in the previous quarter represented 16.4% of foreign operations) leads them to their lowest share Historical over total foreign sales. The French rise to second place with 9.6%, followed by Germans with 7.7%, with 6.9%, Swedes with 6.3%, and Italians with 6.1%. These six first nationalities account for more than half of the total purchases of housing by foreigners.