A South Facing, Spacious Three Bedroom Townhouse in St James Hill, on the outskirts of Villamartin, with a lovely bar/restaurant on the doorstep and a couple of minutes walk to a major chain supermarket. Just down the road are banks, the Campoamor and Las Ramblas golf courses, plus La Fuente commercial centre with shops, restaurants, bars offering an array of entertainment options, then...

This Fantastic, Three Bedroom Townhouse in Villamartin, located in a very popular residential area is just a 10 minute walk from a major supermarket and the Via Park commercial centre, with bars, restaurants, English supermarket and more. Enjoy the all year round entertainment at the Villamartin Plaza less than 10 minutes by car along with the famous golf course and the La Zenia... 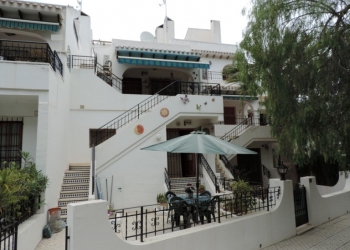 This Four Bedroom Townhouse in Villamartin is located in the heart of this typical traditional Spanish area, on the Orihuela Costa. Situated within walking distance of many local amenities including main brand supermarkets, bars and restaurants, with the famous square just a 2 minute drive around the corner, along with the Villamartin golf course! Plus 2 further spectacular golf... 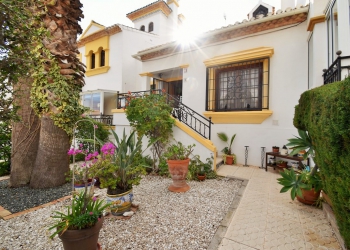 This South Facing, Three Bedroom Townhouse in Villamartin is located right on the very stunning and highly popular golf course, within the Orihuela Costa. Situated within a stones throw of the golf course itself and just around the corner from the nearest amenities and facilities, not forgetting a wide array of beaches an approx 6 minute drive away! This lovely property comprises of a... 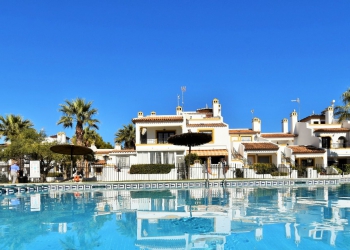 A South Facing, Three Bedroom, Townhouse in Villamartin, just a 10 minute walk to the commercial centres of Los Dolses and La Rioja with bank, main chain & British supermarket, plus the popular Plaza/entertainment venue, surrounded by all the cuisine outlets you could imagine and right next door to the professionally recognised golf course. 5 minutes by car takes you to La Zenia...

British, French and German, the foreign buyers who buy more houses in Spain

The positive trend in the sector is reflected in the volume of investment, which at the end of the first half of 2017 amounted to 888 million euros.

The purchase of homes by foreigners accounted for 13.2% of the total units sold in Spain in 2016 and forecasts indicate that this figure will be surpassed in 2017. By nationalities, the British top the ranking, representing 19% of The transactions carried out. They are followed by French (8%), German (7.6%), Swedish (6.7%), Belgian (6%) and Italian (5.4%).

The positive trend in the market is reflected in the volume of investment, which at the end of the first half of 2017 reached 888 million euros, more than double that in the same period of 2016, when added 330 million residential assets .

In fact, the volume of the first six months of 2017 slightly exceeds the total investment of last year, which stood at 802 million euros. Both Madrid and Barcelona dominated the investment demand transactions, although there were also important operations in localities of the Mediterranean coast, thus promoting consolidation in the recovery of the residential sector, and evidencing the large amount of capital in the search market Of investment opportunities.