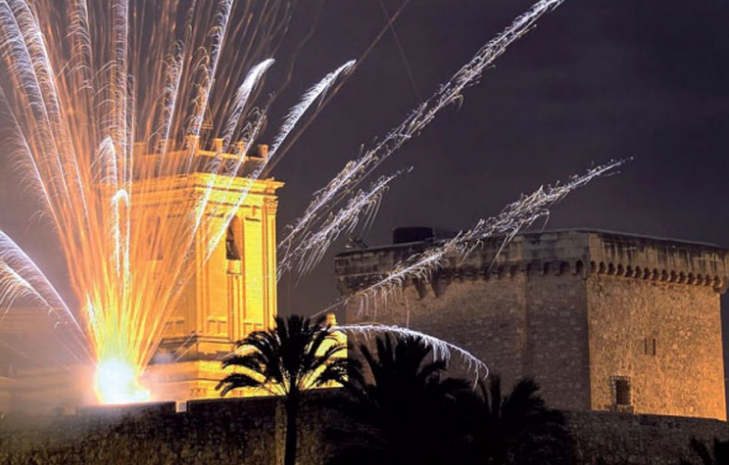 ELCHE’S Nit de l’Alba takes place on Thursday (August 13) when the city’s night skies are illuminated with hundreds of fireworks.

Nit de l’Alba is part of the city’s annual fiestas in honour of Elche’s patron, the Virgin Mary and its origins date back to the Middle Ages when families used to make offerings to the Virgin for each of their respective children.

Now, the tradition has turned into the setting off of hundreds of rockets and fireworks that are launched in a coordinated way from different points of the city until just before midnight when the lights of the city are turned off in anticipation of the final spectacle the ‘palmeral de la Virgen’ a large white firework cascading down on the Balsilica.

Afterwards the lights come back on and an image of the Virgin appears in the tower before the famous ‘Aromas Illicitanos’ chorus is sung out.

Nit de l’Alba is a prelude to Elche’s Mystery Play, which takes place on Friday August 14, and Saturday August 15, in the Basilica of Santa Maria, which has free entry.