Escape the beach crowds with a tour of Cartagena 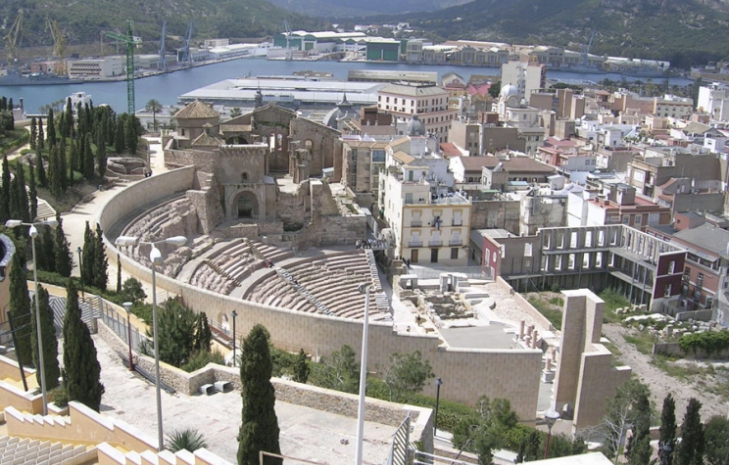 THE tourist consortium ‘Cartagena Puerto de Culturas’ has arranged a series of organised activities and guided tours of monuments and sites in August.

It is hoped the programme will encourage visits to the city and sites during the month, which traditionally is quieter than normal as people exit to the coast.

Activities begin on Tuesdays with a guided tour that will leave the Roman Theatre Museum, explaining the moment when Roman Emperor Augustus arrived in Cartagena.

The route will continue through the Barrio of the Roman Forum, with a visit to the spa town, and end at the Casa de la Fortuna, where an actor, dressed in the costume of the time will show their daily life, their customs, how they lived, where they slept and rituals.

On Wednesdays the Roman Theatre will host the family business 'Theatrum', in which young and old will be transported to the time when the monument housed the main shows of ancient Carthago Nova and learn the keys of society, politics and religion in the Roman Empire.

On Thursdays there is a guided tour taking visitors from the Quart Hadast to Roman Carthago Nova with a visit to the Punic Wall, the Casa de la Fortuna and the Roman Theatre.

On Friday, visitors will learn the 2,000 year history of the highest hill of the city, Mount Asclepius, where the medieval castle of La Concepcion sits offering panoramic views of the city and the bay.

Finally, on Saturdays a theatrical route will reveal the Emperor Augustus over the city, from the Roman Theatre until Augusteum passing through the neighbourhood of the Roman Forum.

For more information on times and reservation details it is recommended to speak to your local tourist information office.