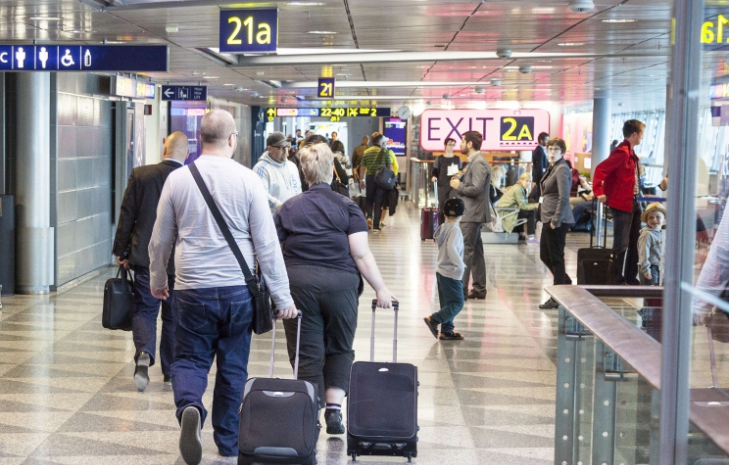 July was the best month in history for Alicante-Elche Airport, with 1,250,395 passengers going through the terminal, an increase of 3.8 per cent over the same period in 2014.

According to airport operator AENA, domestic traffic exceeded 129,000 passengers, 6.1 per cent more than in the same period last year, while international passengers grew by 3.6 per cent to reach more than 1,120,000 users.

The Alicante-Elche terminal handled a total of 8,341 flights, representing an increase of 0.5 per cent compared to July 2014.

Low-cost airlines were the biggest players during the month, handling 462,170 passengers, an increase of over 6 per cent compared to the same month in 2014.

The new terminal, which was built four years ago at a cost of €267 million, has seen continuous growth in the number of flights and passengers, with 2015 proving to be a record year.

The lounges have a total area of 27,000 square metres, and 26 gates with 16 bridges connecting directly to the aircraft. The check-in area is 15,500 square metres and has 98 check-in desks.

The terminal also has an Automatic Baggage Handling System (SATE), with capacity to process 7,880 bags per hour.