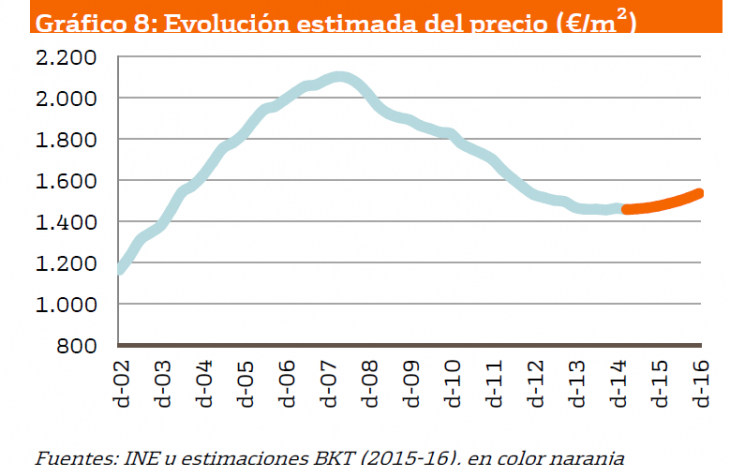 Spanish house prices are on the road to recovery, but it will be slow and patchy, argues Bankinter in its latest report from the bank’s research arm.

The main impediments to a housing market recovery are weak growth in demand, and the glut of homes still on the market in some areas.

Low levels of new household formation, plus gradual population decline, are reducing potential demand for property in Spain, at least in areas that do not benefit from foreign demand for holiday homes. “Demographic trends will exert quite a negative influence on demand for housing,” explains the report.

There are also economic factors restraining potential buyers, for example high unemployment, and the lack of mortgage credit.

Bankinter expect house prices to rise two per cent on average this year, and four per cent next year, but with big regional differences.

The factors identified by Bankinter that will drive rising house prices in the next two years are as follows:

1. The affordability ratio is back to sustainable levels of around 33% of gross household income, back to where it was last in 2001, and far away from the 49% it reached in 2008.

2. The Spanish property crisis brought new home building to a halt for the last five years, meaning there is now a shortage of property in some areas.

3. House prices are already rising in city centres, especially Barcelona and Madrid, and in the best areas of the Spanish coast, say Bankinter.