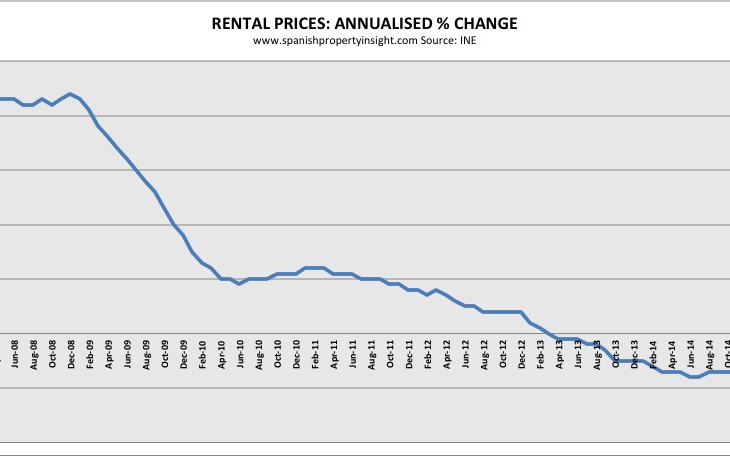 If house prices are tied to rental prices, then the latest official data suggests that there are more falls to come.

The average cost of renting a home in Spain fell by an annualised 0.4% in August, according to the latest data from the National Institute of Statistics.

Spanish rental prices have now fallen for 29 consecutive months, taking them back to where they were in August 2010.

Spanish rental prices rose rapidly in the boom years, and continued increasing even after the house price bubble burst. Since then they have not fallen as far as house prices, which means that rental yields in Spain have improved since the boom years, albeit from a low starting point.

The continuing fall in rental prices suggest that house price also need to keep declining, either that or investors have to accept lower yields. In the current Spanish economic and political environment, the former is more likely.

That said, the latest figures from the INE claim that Spanish house prices are already rising.

Industry insiders report that investors can expect a gross rental yield of around three to four per cent from primary housing rents in a city like Barcelona today.