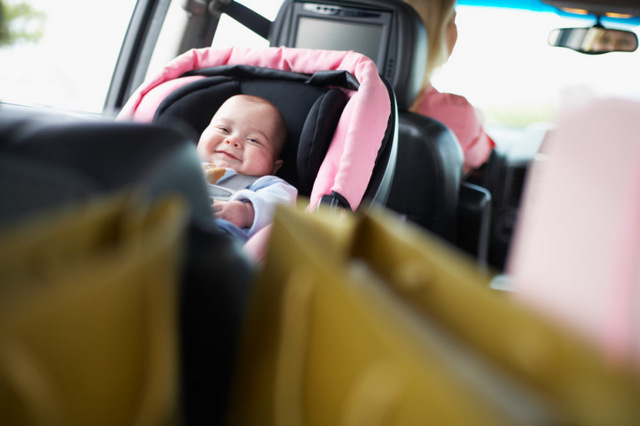 The new regulations included in Article 117 of the highway code of Spain, which come into force on Thursday 1st October, stipulate that all passengers aged under 18 who are less than 1 metre 36 centimetres tall will have to travel in the rear seats of motor vehicles. This rule comes on top of the already existing ones concerning adequate car seats for young people according to their height and weight.

There are, however, three sets of exceptional circumstances in which the new rule can be disregarded, although in all of them adequate car seats will still have to be used. The first of them is in the case of vehicles with no rear seats, and this exemption is extended to instances where all rear seating is already occupied by other young passengers and where it is not possible to fit the appropriate safety seats due to restricted space being available. In these cases the front passenger seat may be used.

Article 117 also requires that all child car seats be installed as per the manufacturers’ instructions, thus bringing the Spanish highway code in line with EU rules regarding seat belts and child safety seats.

According to the DGT traffic authorities, the use of correct child retention seats reduces the risk of young passengers dying on the roads by 75%, while the risk of injury is cut by 90%. The temptation to carry youngsters on the lap of adults or strap them into adult seat belts should be resisted at all times, they add, and careful checks should be carried out to ensure that the child seats are correctly installed. The head of the child should never protrude from the top of the seat back, and the seat should not move.

In addition, motorists should bear in mind that in the cases where it is permitted for children to use front seats the seat should only face backwards when the passenger airbag has been deactivated.

The DGT also points out that these safety rules are most often disregarded when only short journeys are being undertaken, but members of the public should not imagine that this makes them safe.

Homologated child retention seats should be used until children reach a height of 1 metre 50, after which youngsters should use normal seat belts.

Last year, two of the fourteen children who died aged under 12 on the roads of Spain while travelling in motor vehicles were not using any kind of safety restraint, and the same is true of 9 of the 82 youngsters who suffered injuries as passengers.

The law is fairly complicated about car seats for children, so if you're visiting Spain and need to hire a car, make sure you are able to specify the age and heights of children who will be travelling in the vehicle in order to hire the correct car seats. Make sure you hire vehicles through a reputable and legal company to ensure that you comply with the law.