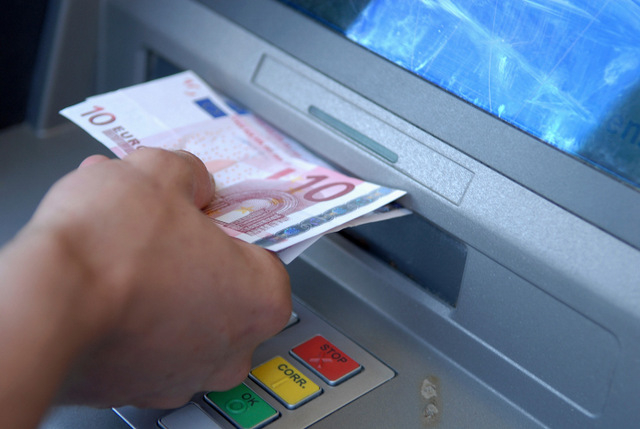 Some customers are paying double commissions at ATMs in Spain

Concern has been growing recently over the elevated commissions charged by some banks on cash till withdrawals, but it now seems that a ceiling will be placed on these charges in the near future by the government.

The reason for the government intervening is officially stated as being the possibility that customers could be charged two commissions on just one withdrawal: one of these would be the 2€ which Caixabank, BBVA and Santander have decided to charge every time money is taken out of their ATMs by customers using cards from other banks, and the other is the charge levied by the bank which issues the card for using a machine belonging to a different bank.

This, the Ministry of the Economy has at last decided, is unfair, and a Ministerial Order will be drawn up, possibly within the next two weeks, to outlaw the practice.

Exactly how the double commission is to be eliminated has not yet been decided, and opinions are being sought from the Banco de España, the national markets and competition committee (CNMC), the banks involved and the companies which supply the ATMs (Servired, Euro 6000 and 4B).

Earlier this summer the Banco de España warned banks that the application of two commissions was not acceptable, and that a choice had to be made between them rather than charging both. The problem is that in order for this to work there has to be an agreement among all the banks of Spain, and the CNMC has been trying to clarify exactly what the situation is as well as investigating whether the charge of 2€ was agreed upon unfairly by La Caixa, BBVA and Santander.

Meanwhile, Bankia, Banco Sabadell and eleven of the old “Cajas” which use the Euro 6000 network have reached an agreement by which no commission will be charged to customers of one of the group’s banks using a machine operated by another, and at the same time the charge levied on customers from outside the group will be reduced. This agreement will be applied to a total of 17,734 cashpoints throughout Spain.

This appears to be an attempt to wrest customers away from the big three of Caixa, Sabadell and BBVA: while they charge more for withdrawals, this rival group have decided to charge less. Apart from Bankia and Sabadell the other banks forming part of this alliance include BMN, Kutxabank, Abanca, Ibercaja, Liberbank, Unicaja, Caixa Pollença and Caixa Ontinyent.