Zombie Apocalypse: Prepare for Zombie Survival in Torrevieja on Halloween 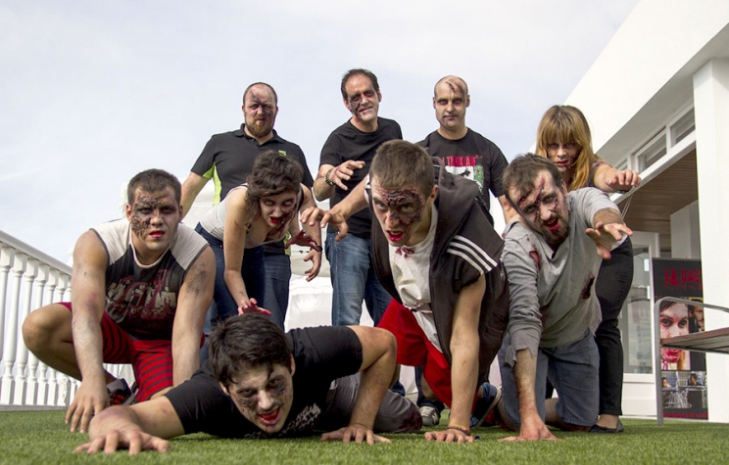 TORREVIEJA is under attack from zombies. Or at least it will be on Halloween. The city is hosting the 36th edition of ‘Zombie Survival’, where participants will be staging an almost lifelike interpretation of a zombie invasion.

Those taking part will be survivors trying to flee the zombies in an apocalyptic plot that will be staged in a closed-off area of Torrevieja from 11pm on October 31.

If caught, participants can then choose to join the zombie side with a team of makeup artists on standby to transform people into the living dead.

Torrevieja’s Councillor for Culture, Alejandro Blanco and Councillor for Youth, Pablo Samper, were joined by several ‘zombie’ actors in announcing the event. Blanco said: “We wanted to bring an event for young people and we requested this which is a different game that has already been enjoyed by 50,000 people in Spain and on top of that it coincides with Halloween.”

Director of World Real Games, Diego de la Concepcion, said: “We expect between 1,500 and 2,500 players” coming from the Valencia and Murcia Regions. He added: “For the first time in three years, it matches the Halloween night and we are preparing many surprises for everyone to enjoy in Torrevieja.”

Tickets to take part cost from €5 to €33 and are available from www.entradium.com and outlets of WarZone and La Base Secreta. Torrevieja residents will have a discount. Children aged from 10 can participate, if accompanied by an adult.

World Real Games has over five years experience creating reality games aimed at overcoming several tests over a course set in a town or city, with the aim to survive until the end by avoiding zombie capture.