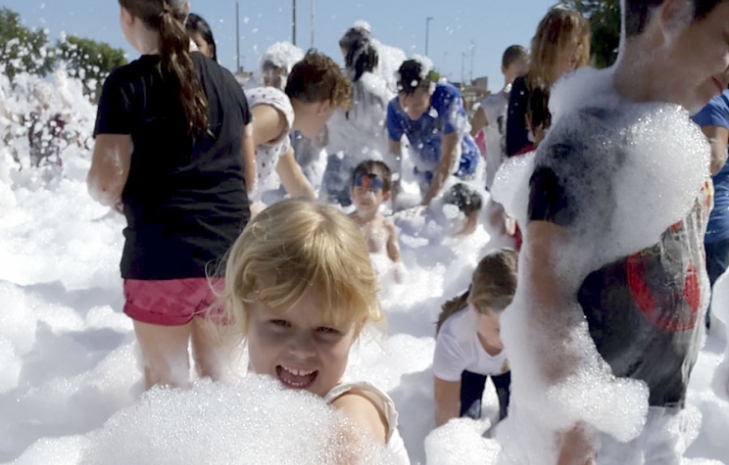 OCTOBER 9 was Día de la Comunidad Valenciana, with cities, towns and villages up and down the region celebrating with their own fiestas.

The day commemorates the conquest in the city of Valencia by King James I in 1238, releasing it from Muslim rule. However, the conquest and formation of the Kingdom of Valencia was not completed until 1304 - 1305 with the Treaty of Torrellas and the Treaty of Elche and in 1851 the territory was expanded to include Requena and Utiel.

However, October 9 was chosen as the most representative date to mark its formation. In more modern times, in 1976, the Plenary Parliamentary proclaimed the date as the National Day of Valencia.

The day’s events were largely aimed at children and younger citizens. In San Fulgencio there was a parade of the Big Heads and the fiesta marquee was a busy scene of face-painting, children’s games, bouncy castles and even a foam party.

San Fulgencio is in fiesta mode throughout most of October: On Saturday, October 10, there was the Techni Music Festival at the municipal marquee and a tractor-driving contest on Sunday, October 11 at 10am in Calle Pau Gasol. The annual neighbourhood dinner was at 10pm with music provided by the La Vendetta band.

Los Montesinos also dedicated Día de la Comunidad Valenciana to children with bouncy castles and family games. It is not too late to join in the fun as at 5pm there is a parade in the streets accompanied by participants of the ribbon race and Queens and Ladies-in-Waiting.

Then the traditional Ribbon Race takes place in the Plaza del Ayuntamiento at 6pm. At 7pm, there is the slow bike race where the ultimate goal is to be the last across the finish line. The day then ends at 10pm with the third edition of the contest ‘feel like a star,’ in search of talented singers in the Plaza Sagrado Corazón.

The festivities continue on Sunday with the family bicycle day which leaves at 10am from the Colegio Público Virgen del Pilar. Registration takes place from 9.30am. At 11.30am, the sports centre hosts the infant, junior and senior ping-pong championship, followed by a parade from 7.30pm with the participation of many groups and dance schools. After the parade, there will be a party at the fairground.