What is the profile of a typical British buyer of Spanish property? 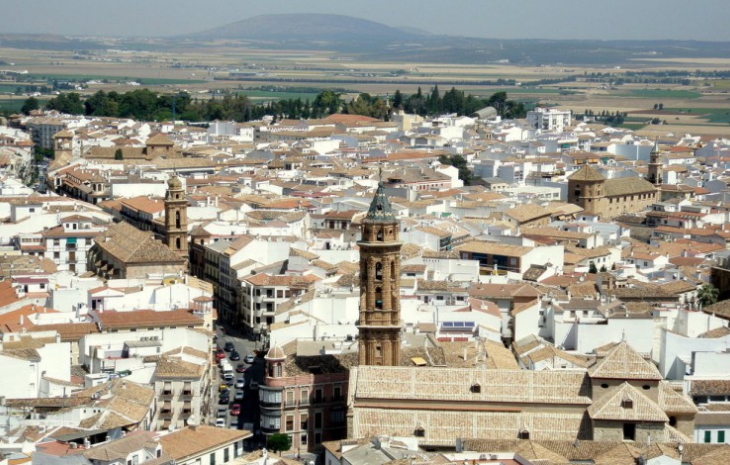 When it comes to Spanish overseas property demand, the UK clearly leads the way, with around one in three overseas sales going to British buyers.

The reasons why Spanish property is in demand is simple – it is within easy reach of the UK, property prices are competitive, the weather is warm and there is a large number of expats already living in Spain, which makes it easier for Brits to settle in.

It’s true that demand has dipped in recent years as the Spanish property prices have kept on falling, but since the market has bottomed out, as most agents agree it has, British buyer demand is again growing.

But what is the profile of a typical UK buyer of Spanish property and what are the current market trends.

Leading overseas property broker Tranio.com has carried out some in-depth research and Managing Partner George Kachmazov spoke to OPP.Today about the findings and explained how important UK buyers are to the Spanish property market.

“British buyers are the most active on Spain’s property market. They make up 30% of all foreign buyers – the French and Russians compete for second place with about 10% each. During the last decade, English activity did slow down but it’s been picking back up again over the last year for a few reasons – the positive exchange rate for British buyers: the Euro is good value against the Pound Sterling; GDP growth: Britain’s economy has improved and salaries are growing and Attractive lending; Spain’s banks have attractive lending rates at the moment and are actively accepting British mortgage applications.”

Tranio agrees that the sector has bottomed out and is now on the up. “The market hit an all-time low back in the second quarter of 2014 and now it’s entering a positive cycle and there is growth. This was sparked by domestic demand, itself stimulated by attractive lending terms and low interest on mortgages. This spurred on demand from foreign buyers. And the natural market response to this demand is price growth which is what we are seeing now. This is confirmed by growth on the construction market. In fact, during 2015 alone the construction industry grew for the first time since 2008 and the number of permits issued in Q1 2015 was up 53% against the 2014 average.”

This is confirmed by Colegio de Registradores, the Spanish land registry data which shows 16.7% of registered property in Spain belonged to UK citizens, ahead of the French (10.3%) and the Russians (7.5%). At the same time, the number of transactions with British is also on the rise: quarterly transactions almost doubled from 1,100 in Quarter 1 2013 to 2,000 in Quarter 1 2015.

The company says that technology plays a vital part in helping it reach overseas buyers with most coming through online Google searches.

“Over last few years, our main buyers were Russian but the crisis and the falling currency rate for the ruble has cut into that market. Currently, we are focusing our efforts on other international buyers and promoting our services abroad,” says Mr Kachmazov.

“I don’t think there is actually a secret or mystical recipe to success. Tranio is based on the principle of win-win. We are very customer-oriented and we treat our clients the way we would like to be treated. We work hard to get our brand known and we don’t charge our buyers fees, additional mark-ups and there aren’t any hidden costs. We help them find property and advise on procedures while they work with our partners on the ground. Then if there is a sale, we share the commission with the agency on the ground with no mark-ups – so really, it is a win-win!”

Tranio has just unveiled a new video, which explains what the website offers, how buyers can work directly with agents and that it features property listings in 70 countries.

Tranio says typical British buyers in Spain are men and women aged 45–64 who purchase houses and apartments of at least 100 square metres. The average buying price is €200,000 and the property is usually located in resort towns by the sea.

Among top UK buyer trends are:

British buyers aged 55–64 are the most active (43%), followed by those aged 45–54 (31%), according to the British real estate website Rightmove. Consumer research by TM Grupo Inmobiliario in Spain also confirms these findings and highlight that they are typically men and women over 60 with annual income over £36,000 that have children and grandchildren.

The vast majority of British (89%) buy property in Spain for their own use, while only 11% buy real estate as an investment. 75% of these houses will be used as holiday homes and the remaining 25% are bought by people planning on moving to Spain permanently.

According to Marbella real estate broker, MP Dunne, Spain is particularly popular because of the favourable euro to pound sterling exchange rate, low property prices, a pleasant climate and convenient flight connections. Older buyers are also interested in the country’s reliable and affordable healthcare system, which is as much as 23% cheaper than in the UK according to the Ifitweremyhome.com website.

Most British don’t use loans to buy their property. Two-thirds (63%) of buyers pay with cash against 23% who take out a mortgage.

Andalusia (32% of sales) followed by Valencia (28%) and the Canary Islands (13%) are the most popular destinations with the British according to the Spanish Land Registry Office.

UK activity on Google search is also particularly telling about property hotspots. In 2014, British searches for property in Andalusia focused on the areas of Almeria, Malaga and the Costa del Sol and Marbella.

In Valencia, the Alicante area and Benidorm in particular are the most popular. The region of Murcia is also popular. In Quarter 1, 2015, British Google searches for property in that area were twice those of Quarter 1, 2014.

British prefer property by the sea or on an island rather than inland or in cities. For instance, sales in Madrid accounted for just 1% of all house and apartments transactions by UK citizens in 2014. In contrast, 28% of all the Chinese purchases in Spain were made in the capital.

The British also topped the charts of the biggest foreign buyers on the Costa Brava, Costa del Maresme and in Sitges in 2014 with up to 44% of the total sales to foreigners, while in Barcelona they ranked just fifth with only 7% of transactions.

“Families buy property closer to schools, amenities and beaches. They prefer residential estates with gardens and pools. The remaining categories of British clients aren’t too different either. Everybody wants to live or spend their holidays as comfortably and as close to the sea as possible. However, golf lovers are a rare exception to the rule, they prefer living close to golf greens,” says Mary Dunne.

British buyers have an equal liking of detached houses, villas and apartments. According to Colegio de Registradores, they do not particularly discriminate between pre-owned and new which make up 58% and 42% of transactions respectively.

Nevertheless, they buy more new property (42%) than other foreign nationalities (37% on average) and boosted by the strength of the pound, they buy more expensive property which, more often than not, is new rather than resale.

According to Spain’s Colegio de Registradores, they are particularly interested in property with living areas over 100 square metres, which make up 39% of their transactions.

On average, property in Spain is 50% more affordable for British than Spanish based on the proportion of household income invested into the purchase. In other words, the budget of a British person is 50% larger. While the average British property buyer pays €200,000, the Spanish national average is just €130,000 according to the Spanish Ministry of Development (Ministerio de Fomento),

However, the British budget does vary depending on the property type: €100,000 for apartments and €300,000 for houses, says MP Dunne in Marbella, where budgets range from €200,000 to €300,000 for a standard two-bedroom apartment or €1million or more for luxury flats and villas.

The British are also aggressive buyers of luxury property. According to Spanish Property Insight, 90% of housing priced above €1million is purchased by foreigners, with traditionally many British citizens among them. The same holds true for Madrid: British buyers often choose real estate priced at €800,000 and above in the best neighbourhoods, according to consultancy group Strategic & Buy.

With the Spanish real estate finally regaining momentum, there should be another 2-3 years growth with foreign transactions rise further, says Tranio.

Although there is a threat of rising interest rates, this is more likely to affect 16-34 year olds, rather than Spain’s top buyers, the 55-64 year olds who are reportedly five times richer, according to a recent report by the Economist.

“Agencies would do well to manage buyers aged 45 and over with care and develop a catalogue that reflects average property criteria and expectations,” Tranio concludes.