In Which Countries Are House Prices Rising Most? 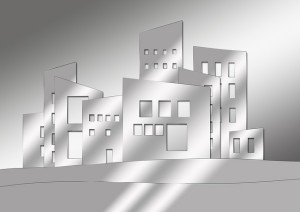 According to data collected by the British weekly publication, The Economist, Hong Kong is the region at the top of the ranking of house price increases, with prices rising by 20.8% over the previous year. Since the first quarter of 2012, prices in this region have risen by 61.4%.

El Economista reported that Sweden ranks in fourth place with an increase in housing prices of 10.3% in the last year and of 21.5% since 2012, followed by Australia, South Africa, India, Mexico and Russia, all with year-on-year growth above 5% and of over 13% since 2012.

Spain is positioned closer to the bottom of the ranking, since house prices increased by just 1.6% in the last year, according to The Economist, and since 2012, housing prices in Spain have accumulated a decline of 14.3%. Behind Spainis Belgium, with an increase of 0.7% year-on-year and of 2.9% since 2012, while the countries in negative territory are China, Italy, France, Singapore and Greece,with the steepest decline since 2012 being registered for Greece, with a drop of 25.6%.