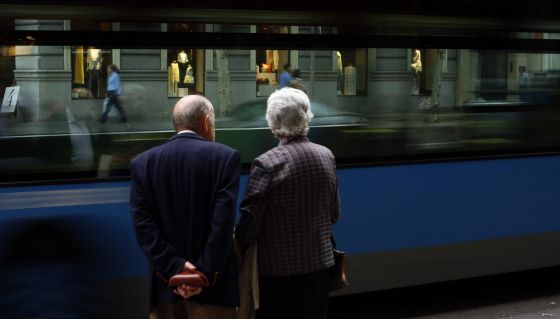 The average life expectancy for a Spaniard is 82.4 years, a result that places Spain seventh on the list of the world’s countries where people live longest. That’s according to a new competitiveness report published by the World Economic Forum, which says the benefits of the Mediterranean diet are the main reason for the nation’s high ranking.

However, Spain finds itself relegated to 35th position once all the indexes of overall competitiveness included in the report are put together, which sees it placed behind Ireland (25th), China (28th) and Puerto Rico (32), on a list headed by Switzerland, Singapore and the United States.

Hong Kong is the country with the longest life expectancy, attributable to the wide practice of tai chi

Spain’s seventh position in life expectancy rankings is higher than that of other notable developed countries such as Luxembourg (81.4 years), Norway (81.5) and Sweden (81.7).

Hong Kong has the longest life expectancy – 83.5 years – a figure attributed to the wide practice of tai chi, a martial art that helps elderly people stay active and healthy, and a balanced diet featuring plenty of steamed vegetables and tea.

In second place is Japan, where people live an average 83.1 years. The Japanese ceded the top spot three years ago as a result of the number of suicides among women countering the impact of the country’s healthy diet on life expectancy.

France, Switzerland, Iceland and Italy are the European countries that rank ahead of Spain in terms of life expectancy.

The French occupy sixth place, with 82.6 years, and can lay claim to having one of the lowest obesity rates among all the OECD countries.

The Swiss sit in fifth position with an average life expectancy of 82.7 years, thanks to the quality of their healthcare and diet, while Icelanders and Italians come in joint third with 82.9 years.

The Icelandic diet has been chosen by nutritionists as one of the best in the world, associated with a reduced risk of diabetes and heart disease.