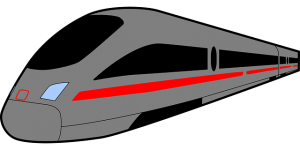 The Spanish Minister of Development, Ana Pastor, announced recently that next month the state-owned railway operator, Renfe, intends to award the contract for installing WiFi technology on board their AVE high speed trains in Spain, with the contract planned to commence on 1st November.

The Minister explained that Telefonica and Vodafone have both already presented their offers to Renfe for the contract to install this service, which is valued at 188.57 million euros.

The contract will start on 1st November with a duration of six years, and extends to a fleet of some 90 trains. It includes the installation and management of the service, as well as the development of a content and entertainment services platform.

Recently, Renfe awarded to Informatica El Corte Ingles the WiFi services contract for the Cercanías commuter rail service stations of Getafe (Madrid) and Plaza Cataluña (Barcelona) for 109,219 euros, which the President of Renfe, Pablo Vázquez, forecast would be up and running in September. El Economista reported that the El Corte Inglés contract is part of Renfe’s plan to offer WiFi services throughout all of Cercanía’s 500 stations, and on all of the AVE trains.

On the AVE high speed trains operated by the company, the WiFi service will be implemented gradually, in a process that could extend to two or two and a half years, as to equip each train means taking it out of service for a month.