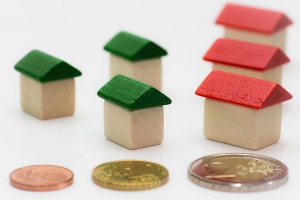 Data published by the National Statistics Institute this week reveals that in August this year, a total of 19,272 new mortgages were granted in Spain for the purchase of a home, which represents an increase of 25.8% over the same period in 2014, and is the 15th consecutive month this market has registered a double digit increase. In addition, this year-on-year increase is four points higher than that recorded in July, when the number of home mortgages rose by 21.8%.

The average value of the home mortgages constituted in August stood at around 104,318 euros, which is 0.6% more than in the same month of 2014, while the capital loaned for these mortgages increased by 26.5% year-on-year, to over 2,010 million euros.

Month-on-month (August over July), mortgages on homes fell by 11.9%, the smallest decline recorded in a month of August since 2011, while the capital loaned also fell by 11.9%, equal to the decline experienced the previous year.

Thus, El Mundo reported that, in the first eight months of 2015, home mortgages accumulated an increase of 21.8% compared with the same period of 2014, with the capital loaned increasing by 25.6%, and the average mortgage value increasing by 3.2%.

In August, the regions which registered the greatest numbers of new mortgages constituted on housing were Andalucía (3,722), Madrid (3,450) and Catalonia (2,545), while the regions to register the highest year-on-year increases in home mortgages in August were La Rioja (65.9%), Valencia (58.3%) and Navarra (36.5%). Aragón and the Balearic Islands were the only two regions to record negative annual rates, of -5.2% and -2.1%, respectively.

Moreover, the regions where most capital was loaned for the constitution of home mortgages were Madrid (489.4 million euros), Andalucía (331.4 million) andCatalonia (304.5 million).