Home Sales Up in all but One of Spain’s Regions 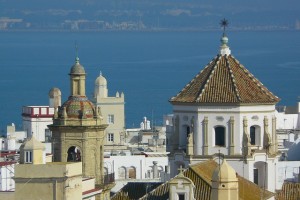 According to the latest regional data published by the General Council of Notaries, home sales in Spain grew in all regions in the second quarter of the year, except for Navarra, which registered a decline in home sales of 28.4%.

The greatest year-on-year increases were registered in La Rioja (38%), the Balearic Islands(30.6%) and Cantabria (26.6%). Asturias, Madrid and Valencia all registered annual growth rates well above the national average (11.9%), while with increases below the national average stood Galicia (11%), Catalonia (8.1%), the Basque Country (4%), Extremadura (2.5%) and Castilla-La Mancha (1%).

In Valencia, prices rose by 0.1%, which is lower than the national average (1%), while some of the regions which registered price increases per square metre above the national average were La Rioja (48.6%), the Balearic Islands (7.3%), Andalucía(5.2%) and Extremadura (3.9%), among others.

The regions which registered the highest prices per square metre were the Balearic Islands, the Basque Country and Madrid, with 2,124 euros, 2,119 euros and 1,802 euros, respectively. In contrast, the lowest prices per square metre were recorded for Extremadura and Castilla-La Mancha, with 570 euros and 591 euros, respectively.

Moreover, El Economista reported that the number of mortgage loans for a home purchase rose in all regions, except for Navarra, and registered an increase of 26.9% in the second quarter, on a national level.