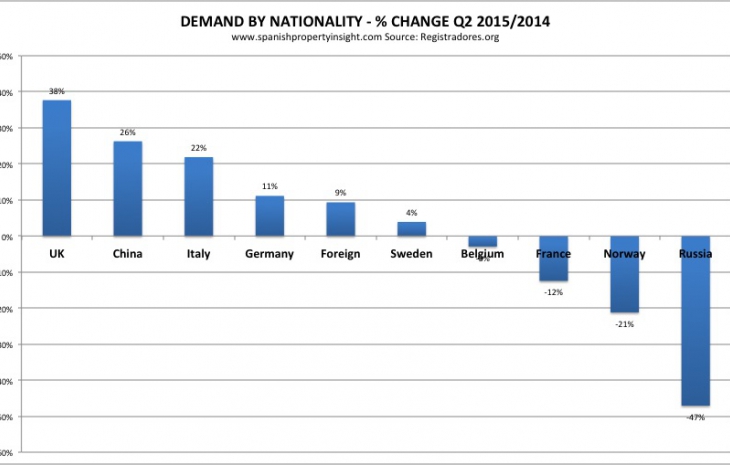 Spain is the top destination for Chinese investors in the Mediterranean, with demand up 392% in a year, behind only Cyprus in terms of annual growth (illustrated above), claims Juwai.com – a global property portal focused on Chinese demand.

Recent improvements in the Spanish Golden Visa scheme might be one of the reasons behind growing Chinese demand for Spanish property. Official data shows that Chinese are one of the biggest groups ofGolden Visa investors in Spain, and one of the fast growing groups of foreign buyers, up 26% in Q2, behind only the British.

Chinese investors are also attracted by low property prices to Mediterranean countries like Spain and Cyprus, say Juwai. In particular, they find the price of luxury property irresistible, especially compared to the UK, and also value the Mediterranean lifestyle.

Cyprus has gone from obscurity to the Mediterranean country with the highest growth in demand amongst Chinese investors within the space of six months, claim Juwai.

That said, northern and Anglo-Saxon countries like the UK, US, Australia, Canada, and New Zealand are still the top investment destinations for Chinese investors, according to Juwai’s research.