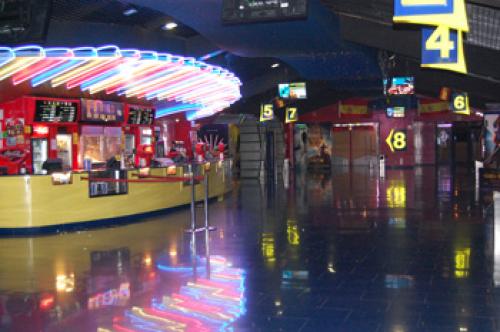 THANKS TO the positive response of almost one thousand English film fans during the first week of screening, the management at the Cines IMF in Torrevieja have decided to show not one, but three English Language films this week, starting Friday 13th and running through to Thursday 19th.

After an absence of almost 18 months, English language films returned to the screen in Torrevieja playing in the V.O.S.E. Format; Original Version with Spanish Subtitles, and what better film to open with than Daniel Craig, in possibly his last outing as 007, in SPECTRE.It costs just 5€ to see a film on Monday and Wednesday and 7€ on other nights with everyone asked to keep their ticket stubs so that those joining the new film club, Admit One, can receive credits on their loyalty smart card when these are issued.As the team from Admit One state: “So pleased is the cinema management with the positive response and the pro-active nature of the film club, that this week you have a choice of three films.”As soon as they are available, future film screening times will be sent out in the club newsletter and are also available on the cinema's website. http://cinesimf.com/torrevieja.This week the thriller Sicario, staring Emily Blunt, is showing in Sala 3 at 6pm Friday until Sunday and 6.30pm midweek. SPECTRE is playing in Sala 4 at 6pm for two weeks, and Matt Damon stars as The Martian, 9pm Friday until Sunday and 8.45pm weekdays.For more information about the newly planned film club, or to volunteer your services to help out, please contact: film@admitone.club. If you would like to be on their mailing list please add Opt In´´ to the subject line.