How to celebrate Christmas and New Year on the Costa Blanca 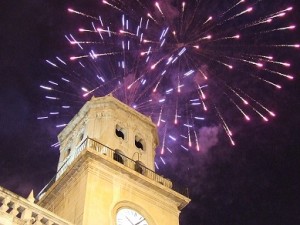 Let’s be honest. Even the jolliest of Santa’s little helpers will struggle to spend Christmas and New Year in the UK without wishing they’d ‘gone somewhere sunny’ instead. So while there’s still time, why not relocate your gift giving to the Costa Blanca?

Hotels in the popular resorts of Benidorm and Alicante, for example, offer Christmas Gala Dinners and a really warm welcome during the festival period. Something else that’s warm is the weather: which averages 18°C (60 F) during December. With its long sandy beaches and countless bars and restaurants, the ‘White Coast’ is the place to genuinely relax during your time off, rather than sit panicking about the quality of your crackers or dreading yet another Christmas Day death in Albert Square.

As you’d expect, the ultimate Spanish holiday hot-spot is popular with visitors in search of some winter warmth. The resort has two main beaches – Playa de Levante and Playa de Poniente – which form an iconic crescent of soft golden sand that stretches for six kilometres (four miles) along the entire bay. You could take a Christmas morning stroll along the beach or even a festival dip in the Mediterranean, which has a temperature of around 15°C (59 F) during the winter.

Alicante for Nativities and New Year

The Museo de Belenes (Nativity Scene Museum) is a festive treat tucked away in the cobbled streets of Alicante’s pretty Old Town. Traditionally, every Spanish home would display a nativity scene to celebrate the arrival of the Three Kings. This free museum, on Plaza Quijano, explores the artistry involved in recreating that well-known stable in Bethlehem.

Alicante is also a great place to experience a typical Spanish New Year’s Eve party. Buy a bunch of grapes and follow the crowds to the Plaza del Ayuntamiento (City Hall Square). It’s considered good luck to look up at the clock and pop twelve grapes into your mouth in time with the twelve chimes of midnight.