A look into the different towns and villages on the Costa Blanca South: Guardamar 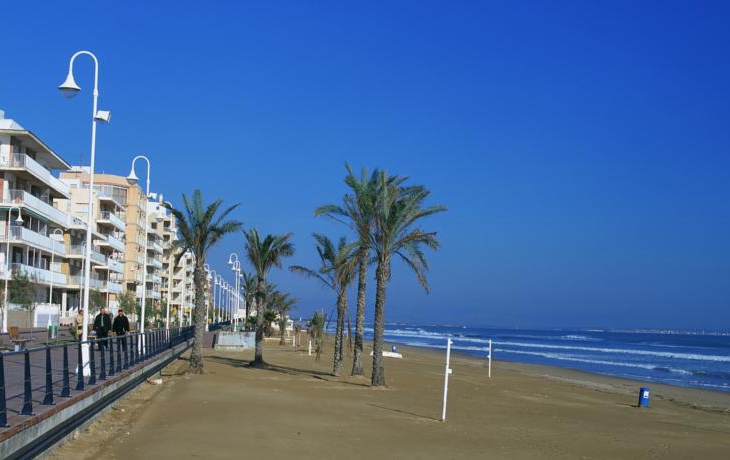 Guardamar del Segura is renowned for its fine white sandy beaches and is situated on the mouth of the river Segura, north of La Mata and Torrevieja on the southern Costa Blanca, Spain.

Guardamar originates historically as an area of fishermen and farmers was once a Phoenician colony called Alonis was the first settlement and later Arabs called the place Guald-a-amar (River of the Sand), likely the basis for its name today.

In Spanish, “guardar” means “safekeeping” and “mar” means “sea”, and this is another possible basis for its current name.

Guardamar overlooks a long beach of sand dunes fringed by pine and eucalyptus forests making it a unique almost paradise. Guardamar is a bustling town and popular holiday resort for thousands of holiday makers, as it has much to offer.

Guardamar del Segura is located north of Torrevieja and south of Alicante on the Southern Costa Blanca. Guardamar del Segura has fourteen kilometres of golden sandy beaches and eight beaches along its shores that attract many families with children to spend their summer holidays at the resort.

All the beaches are golden sandy beaches with sand dunes and are surrounded by pine, palm and eucalyptus trees.

With the beaches being as long and as wide as they are they are never over crowded even during the summer months when Guardamar del Segura is at its busiest. Sun beds are available at all the beaches and they are cleaned on a daily basis. At Playa Centro and at Playa Roqueta you will also find water sports.

Which Are The Best Restaurants?

The complex situated off the N332 on the outskirt of Guardamar del Segura is called Via Park IV and is home to two restaurants – both Chinese wok buffets. The Agra Indian restaurant is on the Avenida Cervantes,11 at the junction with Jacinto Benavente also comes highly recommended. La Tabernita De Guardamar is situated in the Plaza Porticada. This restaurant specializes mainly in home made Spanish food and tapas, excellent service with a smile and reasonable prices.

El Jardin” Restaurant is located in a privileged environment. It has a wide glassed terrace from which you will be able to gaze at the see while being surrounded by a warm ambience and enjoy the best mediterranean cuisine.

This fabulous combination, together with a friendly and professional service and an exclusive cellar grant “El Jardin” the privelege of being one of the most recommended restaurants in most national guides: Michelin, Gourmetour, Repsol (Campsa)… Since 2011 they have aditionally been organizing “Beach Weddings”.

Guardamar attracts more the type of holiday makers such as families with children, nature lovers and golfers. Guardamar is a developing tourist resort and is one of the most important on the southern Costa Blanca. It is not yet as heavily commercialised as other tourist resorts on the Costa Blanca and therefore retains much of its typically Spanish charm.

Throughout the year, Guardamar, Spain enjoys great weather conditions. In the summer, daily temperatures average over 30°C, and even during winter, temperatures rarely drop below 15°C, making an apartment in Guardamar ideal for golfing holidays in the winter sun. See Guardamar weather for more details.

Guardamar is surrounded by two salt water lakes which form the Salinas de Guardamar. These salt water lakes are a national nature reserve and attract a large variety of bird-life. The concentrations of salt and warm temperatures give Guardamar what is known as a healthy micro climate recommended by doctors for various ailments such as respiratory and aching joints.

Guardamar is blessed with over 320 days of annual sunshine making it an ideal escape from the dark bleak British winters. The best times of year to visit are probably October and May as they are outside of the holiday season yet are very warm but the beaches and resorts are less crowded.

Activities – Things To Do & See

Guardamar offers you every possible sea sport such as sailing, windsurfing, water-skiing, underwater diving, canoeing, jet skiing. The Marina de las Dunas at the mouth of the river offers all these as well as almost 500 moorings. It also offers 2 kilometres of the new navigable river course for small boats, a risk-free place for sea sports.

Make sure you visit the local market selling fresh fruits and vegetables as well as other locally-made goods and produce – market day in Guardamar is on a Wednesday.

The nearby town of Rojales has the La Marquesa golf course. There are many other good golf courses in the area such as La Finca and Villamartin.