A look into the different towns and villages on the Costa Blanca South: Rojales 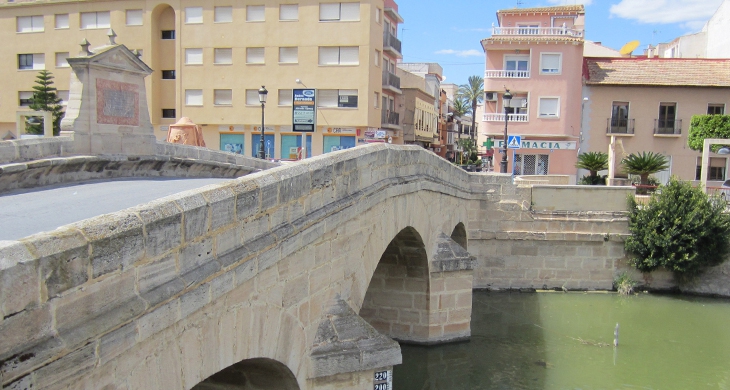 Once at the airport you have a range of different airport transfer options to Rojales including private shuttle buses, taxis or Rojales car hire.

This inland town is situated near Guardamar del Segura on the Orihuela Costa on the southern Costa Blanca of Spain, with an all year round population of 16,000.

Tourist Attractions, Sights and Things to Do

Rojales is a small Spanish town close to Benijofar, Ciudad Quesada, Almoradi and Torrevieja. Many championship golf courses are nearby and most importantly Rojales is just 10 minutes away from the fabulous sandy beaches of Guardamar and 15 minutes from Torrevieja’s beaches.

Throughout the year, Rojales, Spain enjoys great weather conditions. In the summer, daily temperatures average over 30°C, and even during winter, temperatures rarely drop below 15°C, making an apartment in Rojales ideal for golfing holidays in the winter sun.

The town is famous for the beautiful cave houses which are located in the hills to the south of the town.

The best-kept-secret tourist attraction in the Rojales area – the Casa de Las Conchas is by the lowest entrance to the caves area in Calle Vilatona. Over many years the owner, Manuel Fulleda Alcaraz, has decorated his house with patterns of shells, tiles and mirrors. It’s quite spectacular to see.

Another day out and excursion from Rojales is visiting the caves of El Rodeo. These caves were built into the hillside with these being the homes of 19th Century people.

The Azud is a stone dam, dating back to the 16th century and still in operation. It’s purpose was to raise the level of the river to direct the water into the irrigation trenches and onto the water wheel.

The Gasparito Wells date back to the 1920’s, these two subterranean wells excavated from the mountain sandstone were designed to collect and store rainwater to supply the surrounding areas.

Water merchants used to visit the wells and stock up with ‘skin bags’ full of water then return to their villages where they could then sell them. The West Well is now an exhibition gallery and to this day the East Well is still in operation.

The town of Rojales is a haven for nature lovers, with the Natural Park of the Lagoons of Torrevieja and La Mata (also known as Torrelamata) just a few miles away from Rojales rental accommodation.

The Natural Park of the Lagoons is a vast region of salt marshes, lagoon waters and reed beds which are filled with migratory birds, especially flamingos. The park is crossed by a large number of marked trails for both walking and cycling, which take you to some of the finest sights in the park and the best hides for seeing bird life.

The lively weekly market means that taking self catering accommodation here is a real pleasure too.

Make sure you visit the local market selling fresh fruits and vegetables as well as other locally-made goods and produce – market day in Rojales is on a Thursday.

What makes Rojales so interesting is its heritage and history. Rojales dates back to the Moors during the Moorish occupation of Spain from the 8th until 13th Centuries A.D.

The Moors were famous for setting up the irrigation systems throughout Spain to water the fruits and vegetables planted making Rojales what it is today.

Rojales is situated on the River Segura and is also famous for the Charles III bridge with its three arches built with fine stonework, consists of three wide arches and was constructed under the reign of Carlos III, finalised in October 1790.

Rojales Hills is the premier urbanization in Rojales. The Hotel La Laguna is a wonderful retreat hotel situated on the breathtaking scenery of the natural park, Laguna de la Mata. The staff at this excellent four star Alicante hotel will strive to ensure that whatever your reason for staying you will leave having enjoyed a memorable and truly refreshing stay.

Rojales is an ideal spot to spend your vacation as it is close enough to the beaches yet is not that busy as a coastal resort will be in the summer months. The nearest seaside resort to Rojales is Guardamar del Segura with its beautiful sandy beaches.

The neighbouring town of Ciudad Quesada has an 18 hole golf-course and its own Water Park. Rojales boasts its very own excellent 18 hole golf course and clubhouse ‘La Marquesa’.

There are many other golf courses in the vicinity and some are championship standard, such as ‘La Finca’, future venue for the Ryder Cup.

As well as being a golfer’s paradise, there are plenty of other activities here so the holiday villas and apartments of Quesada are rarely empty.

The most important Rojales festival (fiesta) to the locals of Rojales is held on the 29th of June and it honours its patron Saint of Saint Peter. Other fiestas include the Virgen del Rosario in October and the Romeria de San Isidro in May.