Want to know the secret to long life? Live in Spain 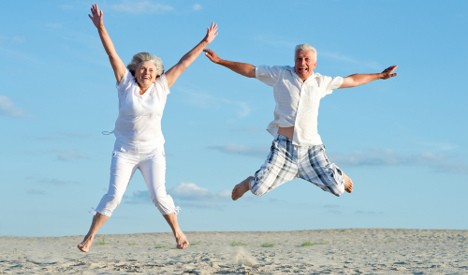 Spain was once again ranked highly worldwide for its residents' long life expectancy. The Local looks at Spaniards' secrets for what keeps them kicking longer than others.

Spain was ranked second behind only Japan for life expectancy among the Organisation for Economic Co-operation and Development’s (OECD) list of advanced economies in a report.

The OECD report did point out that Spain still has a way to go on reducing things like tobacco smoking, alcohol consumption and obesity rates.

But what is it about Spain that still makes its residents live so long?

Previous studies have praised the positive health effects of a Mediterranean diet, with one report in 2013 showing that it can reduce the risk of heart attacks and strokes by 30 percent.

Still, according to the OECD, Spaniards could probably improve upon their fruit and veggie consumption. Spain was just above the OECD average of 60 percent of adults saying they ate fruit daily.

But Spaniards fell way below the OECD average for eating their greens with just about half saying they ate vegetables daily.

According to the OECD, part of what has helped the Spanish life expectancy to shoot up to second place in 2013 from sixth place in 2000 is the decline in deaths due to cardiovascular diseases.

Spaniards have one of the lowest mortality rates for heart disease, behind Portugal, the Netherlands, South Korea, France and Japan.

Part of this could be the drop in the number of people who smoke daily - a major risk factor for cardiovascular disease - which is down from 32 percent of adults in 2000 to 24 percent in 2013. Still, this rate is higher than the OECD average of 20 percent.

Spain has the sixth lowest rate of suicide among OECD countries, behind Israel, Italy, Mexico, Greece and Turkey at the lowest.

Spain also has one of the lowest rates of inpatient suicide, behind just the Czech Republic, which can be an indicator for how well patients with psychiatric disorders are taken care of.

Spain seems to do a comparatively good job making sure people, no matter their economic background, all get the medical care they need. Less than 1 percent of the population reported not having their medical needs met in 2013, meaning things like cost, traveling distance and waiting lists didn’t get in the way for the vast majority.

This put Spain at the top of the OECD charts, along with the Netherlands and Austria.

Spain was also rated highly by the OECD for its diabetes care, with one of the lowest rates of avoidable hospital admissions, behind just Italy and Switzerland.

OK, this one is a bit controversial in light of the World Health Organization’s recent report that placed cured meats like jamón in league with cigarettes for cancer risk.

But others say that because the meat is rich in oleic acid, which is also found in olive oil, jamón actually helps regulate cholesterol. And as The Local found in the below video, there are certainly many Spaniards who will insist that it is the ham that keeps them "fit" and long-living. 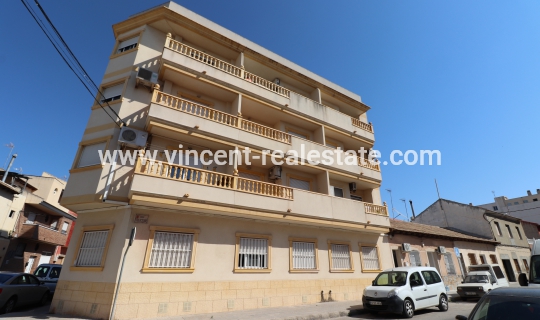 This Bright, South-East Facing, Two Bedroom Second Floor Apartment in Almoradi is located in a highly popular and traditional Spanish town, close to Algorfa. A bustling area, however the apartment is situated in a quieter location. Within easy...