Cartagena amphitheatre to be excavated and restored 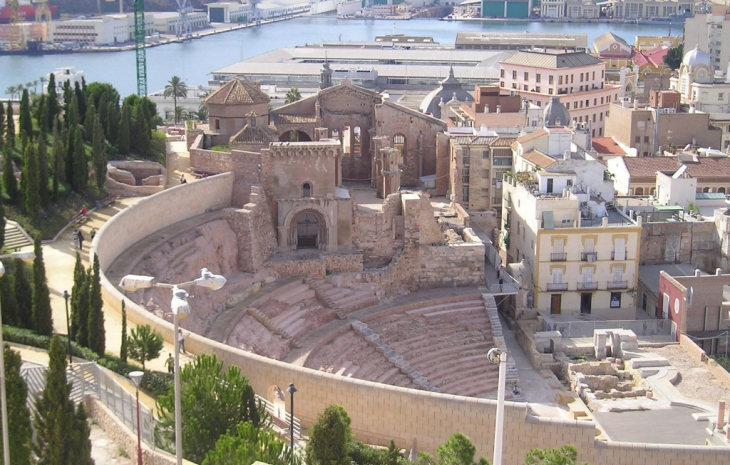 CARTAGENA TOWN Hall played host on Wednesday December 16th to a gathering of international experts, including specialists in Roman architecture, Roman amphitheatres and funding issues, in an attempt to re-launch the project to excavate and restore the Roman amphitheatre in Cartagena, on the site of the old bull ring.

The meeting was organised by the scientific director of the excavation, Carmen Berrocál, who is also coordinator of Municipal Archaeological Heritage, and José Pérez. The meeting, which began early in the morning with a detailed site visit, was attended by a number of experts, the director of the Institute of Historical Heritage of the Ministry of Culture, Alfonso Muñoz, and technical experts from regional and local government. According Berrocál, this is an opportunity to find out what has taken place with other arenas, not only in Spain, as in Segóbriga, Tarragona and Valencia, but also in other countries. One specialist had travelled from Switzerland, to present his significant expertise in the subject matter. The objective was to share experiences and develop a draft plan for the future, which will be refined over the course of time.The experts who gathered in Cartagena were impressed by the condition of the amphitheatre site which, out of the dozen or so remaining in Spain, is one of the four still with theatre and amphitheatre structures. However, the Cartagena monument is the only one that has not been excavated. Berrocál also announced that the intention is that, from day one, the excavation site should be on display, with information provided about the progress of the dig, to enable members of the public to see how it is progressing.