A UK expat's guide to Spain 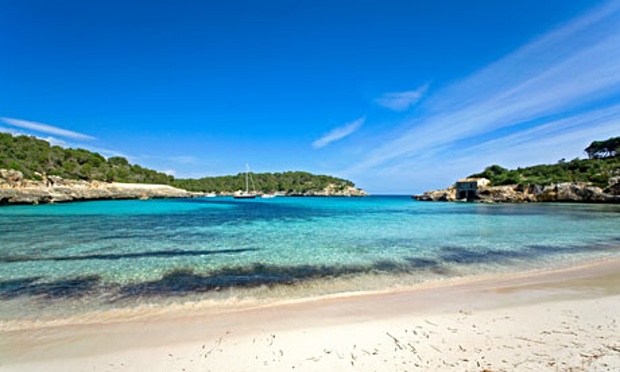 Whether you're looking for adventure or a life of leisure, the country's diverse regions offer something to suit all tastes

Year-round sunshine and high temperatures, lifestyle choices ranging from the packed Costas to party destinations such as Barcelona and Ibiza, or sedate and relaxing retirement hotspots such as Menorca on the Balearics – why would you not move to Spain?

Well, the economy may be one reason not to go. But if you have a secure income and want to benefit from a country with widespread English, easy budget airline access to and from the UK's regional airports, plus houses for sale at 1990s prices, it appears compelling.

UK expats can be found almost everywhere, but congregate densely in three areas: Andalucia in the south, so diverse it includes full English breakfast resorts such as Torremolinos alongside mountain retreats that inspired Ernest Hemingway and Picasso; the Balearic island of Mallorca, all glitzy marinas and celebrity villas for the likes of Michael Douglas and Michael Schumacher; and the Valencia region – think Costa Blanca and Benidorm for mass tourism or more sedate lifestyles in the city of Valencia itself.

Things you need to know before you go

EU residents do not require visas to move permanently to Spain, but within three months of arriving you should secure Número de Identidad de Extranjero (a foreign identity number known as NIE) and a Tarjeta de Residencia or residency card.

Some banks require a minimum deposit of up to €1,200 to open an account; a few insist on minimum balances at the end of each calendar month.

You will still receive your UK state pension providing you inform the Department for Work and Pensions and have paid appropriate national insurance contributions, and it will increase in line with pensions paid in the UK. You may be eligible for other UK benefits, detailed on Gov.UK, providing you meet criteria. Ironically, this also includes winter fuel payments to older emigrants.

Before leaving apply for form S1, which you need to present to a local Spanish doctor's surgery or hospital. You should then be treated on the same basis as a Spanish-born resident. You should also register on your town hall's Padró Municipal d'Habitants. Beware: some cash-strapped hospitals now refuse to treat migrants who have not formally registered.

Things you need to know before you go

What airport will you arrive at? Malaga airport for Andalucia; Palma for Mallorca. For the Valencia region and beyond the key airports are Murcia, Alicante, Valencia and Barcelona.

How do you spot a cab? They're often black with yellow doors.

Price of a hotel room Hotels are struggling – some three-stars are just €25 a night and five-star hotels have 45% discounts out of season. Hotels.com put the average cost for the first six months of 2012 at £86.

What language do most people speak? Spanish, and across the north-east Catalan.

What tax will you pay? Non-residents pay tax on any income arising in Spain – business dividend, bank interest, wages or property income. Most income tax ranges from 28%-45%. Typical self-employed monthly tax is €300, according toExpatArrivals.com.

How long will it take to send a letter home? Three days.

What to tell your friends