Considering Moving or Buying Property on The Costa Blanca? 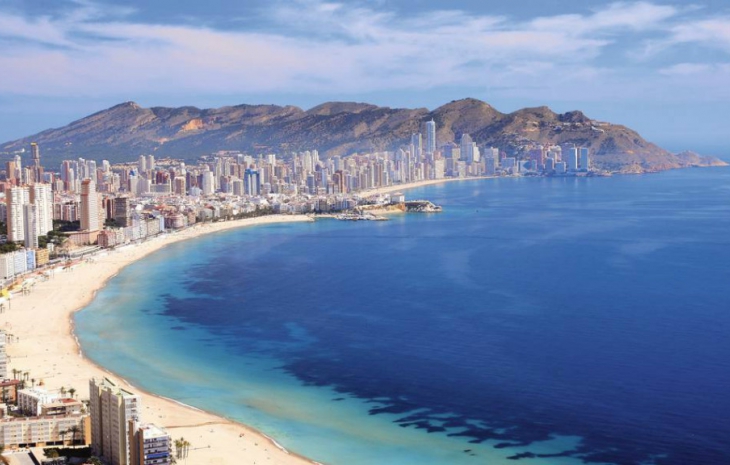 The first thing to point out is the great difference between the northern Costa Blanca and the southern Costa Blanca. Starting in the south we have a very hot climate, the terrain on the coast is very flat. The sandy beaches are excellent in quality.

Going north the terrain starts to change, you start to see more mountains only just inland and hills start to appear – once you get past Benidorm all of a sudden you see green everywhere where before it was dry and barren.

This is why many people like the northern Costa Blanca – it reminds them of the green northern European country from where they came. Certainly the beaches are not as nice but they are still sandy and of good quality. In this area you will find cliffs, coves and some rocky beaches.

The southern Costa Blanca tends to have coastal towns that very much centre around the beach, so you have many high rise apartment blocks just off the beach area. In the northern Costa Blanca towns spread further inland and tend to have scores of villas littering the pretty green hillsides. Inland you have green valleys full of orange groves and vineyards full of bustling little villages and towns.

While the northern Costa Blanca is prettier and more scenic it is however much more expensive and it is much further to the airports. My advice would be this: if you just want a second home for a getaway, consider the southern Costa Blanca. It is built up – therefore there are loads of restaurants and bars within walking distance. The beaches are superb and most importantly, either Murcia airport or Alicante airport will be practically on your doorstep, so you only need to get a taxi which eliminates the expense of car hire.

Now if you are considering moving to the Costa Blanca full-time I would suggest looking to the northern Costa Blanca. Look to live from Benidorm upwards. Inland towns such as La Nucia or the Jalon Valley or the coastal towns of Calpe, Moraira, Javea or Denia are popular choices.

Much also depends on your age. If you are retired then it is irrelevant but if you need to work then this must come into the equation. Living in some remote village may be ok to begin with but most probably you would be better off living in a large town which has a large expat population (unless of course your Spanish is excellent).

Alicante is the biggest city on the Costa Blanca but is very Spanish. Looking south then you start to get large expat populations in the area of Torrevieja and surrounding towns. In essence this area is one big housing estate gradually joining together as one. There are few Spanish compared to the vast numbers of northern Europeans. English is widely spoken. This means that there is great scope for providing services to expats and many job opportunities also.

Looking north of Alicante then I would suggest Benidorm where there are plenty of bars and restaurants as it is the biggest tourist resort on the whole of the Costa Blanca. Obviously work is going to be more seasonal as not so many expats live there all year round, Benidorm is virtually all high-rise apartment blocks catering to tourists.

Further north and towns such as Alfaz del Pi, Altea, Calpe, Moraira, Javea and Denia all have very large expat populations which provide great opportunities to live and work in Spain.