Climate in Spain : The sunniest country in Europe 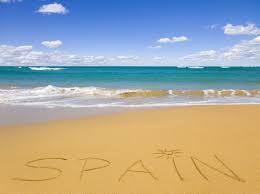 Hardly surprisingly, the overwhelming attraction of Spain for most foreigners is its excellent climate. Spain is the sunniest country in Europe and the climate (on the Costa Blanca) has been described by the World Health Organisation as among the healthiest in the world.

Spain’s Mediterranean coastline, from the Costa Blanca to the Costa del Sol, enjoys an average of over 300 days sunshine each year. When northern Europe is being deluged or is frozen, you can almost guarantee that the south of Spain will be bathed in sunshine. In general, May and October are considered the best months for touring, as they’re generally dry and not too hot in most regions.

However, there’s a price to pay for all those warm days. Extremes are common with southern parts of Spain suffering drought and reservoir levels at an all-time low when at the same time, there may be widespread flooding affecting large areas in northern Spain. As they say in Spain, ‘it never rains to everyone’s taste’ (nunca llueve a gusto de todos)!

The Mediterranean zone embraces the coastal regions of Spain from the French to the Portuguese borders and is split into three regions. Catalonia (including the Costa Brava) has relatively mild winters, but is also quite humid, with 500 to 800mm (20 to 31in) of rain and between 2,450 and 2,650 hours of sunshine a year. Summers are pleasant without very high temperatures. The central eastern part of the Mediterranean coast, from around Alicante to Tarragona (known as the Levante) and including the Costa Blanca (plus Valencia and Murcia), is warmer in winter than Catalonia and has lower rainfall (300 to 425mm/12 to 17in).

The annual hours of sunshine are between 2,700 to 3,000 and temperatures in summer can be over 30C (86F). The southern coast of Andalusia (including the Costa del Sol) has slightly higher temperatures than the eastern coast (in winter and summer) and between 2,900 and 3,000 annual hours of sunshine. Annual rainfall is just 230 to 470mm (9 to 19in). In winter, the daytime temperature on the Costa Blanca and Costa del Sol often reaches a pleasant 15 to 20C (59 to 68F), when the Spanish habitually dress in overcoats and the foreigners in shorts or bathing costumes.

Andalusia includes the most arid part of Spain in the province of Almeria and also the area with the highest rainfall in the whole of Spain in Grazalema in the province of Cadiz. Most rain in Andalusia falls in the winter months, with some areas having as little as 200mm (8in) a year, which may all fall in one or two days, causing flash floods. The Mediterranean coast is also subject to cold winds from the north and north-east which bring snow to the Pyrenees and the meseta in winter.

The Costa del Sol can be extremely windy in winter (it was originally called the ‘windy coast’ or Costa de Vientountil the tourist ministry’s marketing men got to work) and parts of the Atlantic coast of Cadiz, Costa de la Luz, experience a particularly strong wind called the levante, which can blow for days at a time (great for windsurfers). The mountain ranges of the hinterland help protect the coastal regions from climatic extremes and funnel warm air from the meseta to the coast in summer.

The Balearic Islands have a Mediterranean climate with mild winters and hot summers, tempered by cool sea breezes (the most pleasant summer climate in Spain). Annual sunshine is similar to the Levante, while annual rainfall is higher at between 450 and 650mm (18 to 26in).

The Canary Islands boast the best year-round climate with warm winters and temperate summers, and temperatures of between 20 to 27C (68 to 81F) throughout the year. Hours of sunshine are similar to the Costa del Sol. Rainfall is low and varies from less than 100mm (4in) a year on Fuerteventura and Lanzarote to 750mm (30in) in the inland areas of Gran Canaria and Tenerife. The inland region of Tenerife experiences around 3,400 annual hours of sunshine – the highest in Spain.

Approximate average daily maximum/minimum temperatures for some major cities are shown below in Centigrade and Fahrenheit (in brackets):