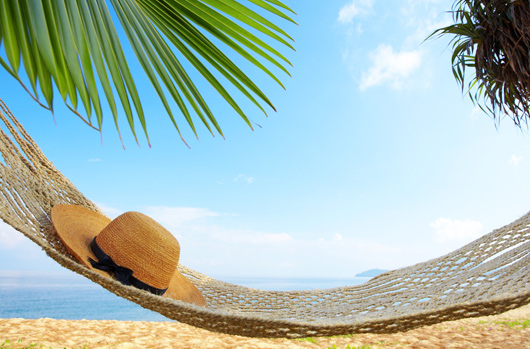 If you are serious about buying a property in Spain, and need or want to take advantage of financing, you should start arranging your Spanish mortgage almost before you do anything else.

Leaving the financial side of your Spanish property purchase until the end does you no favours at all. If you leave it too late, and have to arrange your Spanish mortgage in a rush and under pressure, it is likely that you will end up with an expensive and inflexible loan. And never forget that mortgage terms often run for many years, so you may have to live with the consequences of you decision for years to come.

The advantages of arranging your Spanish mortgage at the start of your property search are as follows:

Just like any advanced economy Spain has a developed mortgage market with numerous lenders offering a bewildering variety of Spanish mortgages.

And just like any other developed mortgage market there are big differences in the costs and terms of the Spanish mortgages on offer, ranging from inflexible and expensive mortgages to cheaper and flexible ones.

Although the interest charged on all Spanish mortgages is calculated as a function of the base rate set by the European central bank, beyond that mortgage lenders in Spain are relatively free to set the charges and terms they offer. This translates into significant differences in costs and conditions. Not only do Spanish mortgages vary from bank to bank, they also vary within the same bank, from branch to branch.

So, in normal times (not during a credit crunch), there are lots of good and bad mortgages on the market, and it is up to you to shop around to ensure you get the best deal. Otherwise you risk paying thousands of Euros more than you need to over the lifetime of your mortgage.

The vast majority of mortgages sold in Spain (to both Spaniards and Foreigners) are variable rate mortgages, meaning that mortgage repayments vary according to the base rate set by the European central bank. Borrowers with variable rate Spanish mortgages cannot be certain what their mortgage payments will be in the future. If the interest rate falls they will pay less, but if it rises they will pay more.

Most lenders also offer a fixed rate mortgage, though these are not popular in Spain (less than 3% of borrowers have a fixed rate mortgage). These mortgages tend to have higher interest payments in the short term, but if interest rates rise a fixed-rate Spanish mortgage holder might end up paying less than would be the case with a variable-rate. The great advantage of fixed rate mortgages is the certainty they give borrowers, who know exactly what their mortgage repayments will be for a set time into the future.

Some lenders also offer a mixed mortgage that involves a certain period (for instance 5 years) of fixed interest payments, and a floating rate thereafter.

During the boom some lenders started offering interest only mortgages, but that was before the credit crunch and falling property values. You would be very lucky to get one now, and if you did it wouldn’t come cheap.

The mortgage you get will depend upon your financial profile. Lenders will want to know how much you earn and what your other financial commitments are (your personal balance sheet). As a general rule they will lend according to earnings multiples whereby your loan repayments on all your worldwide borrowing do not exceed 35% of your net annual income. However, if they think you have excellent career prospects, and that your income is likely to increase in the future (something that you would have to convince them of) they may be prepared to lend you more.

They also take into account the kind of property you want to buy. If you are buying a holiday home they will consider this riskier than a main home. They will assume you will default on your holiday home loan first if you get into difficulty. So, generally speaking, loan to value ratios for holiday homes are lower and conditions are more expensive.

What kind of a loan to value can you expect in Spain? Typically 60% to 70%, though during the boom it was possible to get more than 100% using inflated valuations. Today, after the credit crunch, you might not get more than 50% to 60%, if at all. It all depends on your creditworthiness.

How many years can you expect? It depends upon your age, but most mortgage terms in Spain run for 20 to 25 years, though during the boom lenders starting offering 40 years or longer. The longer the term, the smaller the monthly repayments, but the more the mortgage will cost you over the lifetime of the loan. Posts credit crunch, mortgage terms are falling.