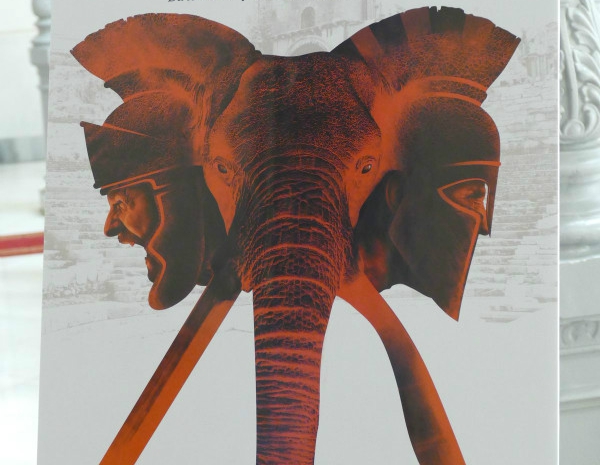 Cartagena is a fascinating city to visit at any time of the year, but it is particularly interesting during the Romanos y Carthagineses Fiesta. This re-enactment of the battles between the Romans and the Carthaginians is well worth seeing, as it has been declared as being of National Tourist Interest. It takes place annually, this year it will be held between the 16th and 25th September 2016.

The programme for the 2016 Cartagineses y Romanos in English is:

Friday 16th September
18:45 Arrival of the Sacred Fire at the Port.

21:15 2nd Act of the Founding of Qart-Hadast in the Plaza de Juan XXIII

22:15 3rd Act of the Founding of Qart-Hadast in the Parque de Los Juncos.

Sunday 18th September
18:30 The Roman Senate in Session on the stage at the Port.

20:00 Destruction of Sagunto on the stage at the Port.

21:00 The century Assembly on the stage at the Port.

Monday 19th September
21:00 Wedding of Hannibal and Himilce on the stage at the Port.
22:30 Wedding Celebrations at the Festival Camp.

23:30 Carthaginian Weddings at the Festival Camp.

Tuesday 20th September
21:00 Oracle of the Goddess Tanit on the stage at the Port.

Wednesday 21st September
17:00 Opening of the Artisian Market at the Parque Vallejo Alberola

21:30 Roman Comedy on the stage at the Festival Camp

22:00 Great Latino Fair and Gastronomic Tasting at the Festival Camp.

Thursday 22nd September
20:00 Landing of the Cartaginian Navy and the hiring of mercenaries on the stage at the Port.

12:05 Parade of the Roman Army and Legions
18:00 Great Battle to conquer Qart-Hadast at the Cuesta del Batel.

20:15 Great Military Victory Parade after the surrender of the city. Route: Plaza del Ayuntamiento to the Festival Camp.

20:45 Roman Victory at the Festival Camp

21:15 Extinguishing of the sacred fire and Grand Firework display at the Festival Camp