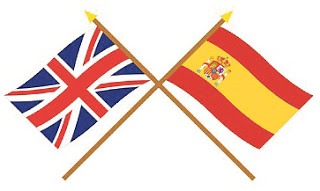 THE GOVERNMENTS of Spain and the United Kingdom are “urged” to immediately start talks to agree a common strategy over the future of expats.

A Spanish town hall has unanimously voted to prompt both nations’ leaders to reach a deal “as soon as possible” that respects the social and political rights of both British citizens in Spain and Spanish expats in the UK.And local politicians have also called for the Generalitat Valencia – the regional government – to guarantee access to health, education and social services.
Javea Town Hall’s strongly worded message has been sent to the governments of Spain, Valencia, and the British Embassy in Madrid; as well as the media.
Mayor Jose Chulvi, backed by councillors, said the town’s commitment was “firm and unequivocal in favour of maintaining the rights of all our citizens.”
The welcome move comes at a time of uncertainty for expats in both countries following the historic referendum of 23rd June and the vote to leave the European Union.
RTN was told it was hoped that other town halls with British living in the community would also pass similar motions to build pressure on the authorities in London, Madrid and Valencia.
Mr Chulvi (pictured) said the decision to trigger ‘Brexit’ had consequences that directly affected Javea as a society and as a town – and warned a “demise” of a section of the community would be “a backwards step with serious consequences”.
“Since the second half of the 20th Century, the resident British community in Xabia (Javea) has grown and strengthened at every level; to the extent we no longer speak of foreigners living in Xabia but ’xabieros’ who were born far from here,” he said.

The town has more than 5,300 registered UK ‘xabieros’ and the mayor said there could be no differences regarding rights, obligations and considerations.“We all shape and care for our community and we cannot lose sight of their success and establishment which is based on a harmonious coexistence among all the cultures represented among us,” said Mr Chulvi.
“Moreover, at the economic level, it is undeniable that the prosperity Xabia has experienced in the last 50 years is largely due to foreign inputs: people who, at a certain moment in their lives, decided to leave their country of origin and settle in our town and contribute their best.”
He said he did not just mean economic investment but of the strong and deep links between everyone who felt part of the town with mixed families, businesses, friends, colleagues, clubs and associations. “We cannot afford that everything should suddenly be cut off; nor can we relinquish a sector of our citizens.”
And the mayor said for years the sons and daughter of Spanish families had travelled to the UK to seek opportunities to study and work – and if talks failed to limit the damage of ‘Brexit’ that too would be “severely restricted”; while those already a broad could find their lives “in a precarious situation.”
Mr Chulvi said British citizens also formed charities to aid the wider community. “They are the first to offer help when necessary, to ask for justifiable improvements to local areas and urbanisations, to defend our natural heritage, to show interest in our traditional culture, to invigorate our business; and, ultimately, to make the town what it is.”
He said Valencia´s President Ximo Puig had already said the regional government would not “abandon” its British residents and visitors.
“We will fight where necessary to insure there is not discrimination,” added Mr Chulvi. “We are going to do this because they are residents of this town just like us.
“It is possible to enjoy these rights without belonging to the EU as evidenced by reciprocal agreements that Spain has with Bolivia, Cape Verde, Chile, Columbia, Korea, Ecuador, Iceland, Norway, New Zealand, Paraguay, Peru, and Trinidad and Tobago.”