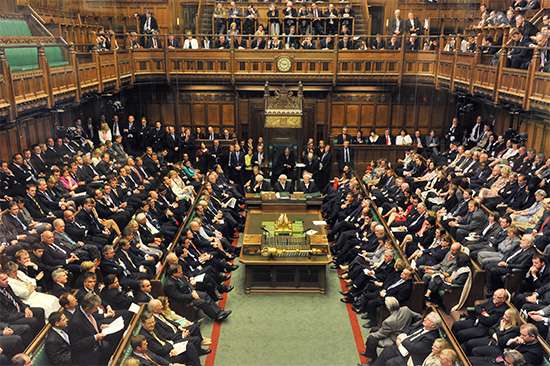 It’s by no means the first time that such an appeal has been made but Alastair Stewart, an Expat teacher who currently resides for a large part of the year in Almeria, is the latest individual who is calling for the introduction of MP’s for British expats who are living abroad.

The 30 year old teacher from Edinburgh has launched a petition to get expats representation in the UK parliament which has already attracted over 1,150 signatures.

Stewart, a former Press Secretary in the Scottish Parliament, says that many expats feel absolutely powerless following the EU Referendum. “Brexit has shown that when things go foul you need someone to represent you in the halls of power.”

The number of UK citizens living outside the UK is estimated to be as many as five million, or greater, 1.3 million of whom live in the EU. This is more than the populations of Wales and Northern Ireland combined and approximately the same as Scotland. The only representation that they have is their constituency MP back in the UK.

“That is 650 members of parliament scattered across the country and 650 different ways to waste their time,” said Stewart who believes that there should be British MP’s representing expats in each foreign country.

“We all have the same issues and the same concerns but at the moment there is no map for representation,” he added.

In France there are currently 11 elected MPs representing nationals living overseas while Italy has had expat MPs since 2006, with MPs holding their surgeries online across their constituencies while many use Skype for one-on-one interviews.

One suggestion made recently is that any country with an expat population in excess of 67,000 should be allowed their own MP, just one per country, not a representative MP selected from sitting MPs, but one who is voted for and elected from the expats who are resident in those countries. Smaller expats communities could amalgamate their voting numbers with neighbouring countries to reach the required number of residents for their single MP.

This would ensure the five million plus expats living outside the UK would have real representation in Parliament, instead of what they have now, which is absolutely nothing.

Mr Stewart’s goal, however, is to get 100,000 signatures by 6 October, which is the number required to force a debate on the subject in the House of Commons, but he will have to do rather better than the two most recent petitions from Londoner Peter Johnson, who achieved just 2,400 signatures back in 2013 and Sarah Smith, the editor of The Connection, who achieved 3,900 a year later.

If you would like to support Alastair in his bid to gain parliamentary representation to can sign his petition “Introduce MPs to represent the interests of British citizens living abroad” at: https://petition.parliament.uk/petitions/216611

Meanwhile Gibraltarian, Augustine Berllaque, who’s father fought fascist dictator Francisco Franco during the Spanish civil war, is calling for representation in the House of Commons for the 35,000 people of Gibraltar with their own MP. Currently Gibraltarians as Full British Citizens have no say in their Mother Parliament.