Foreign demand for property in the Valencian Community, home to the Costa Blanca 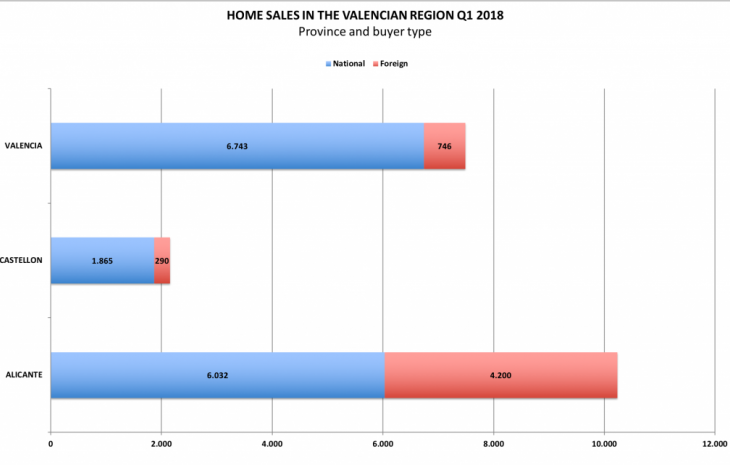 How many foreigners bought property in the Valencian region in the first quarter of the year (the most recent data period)? What percentage of the market were they? Which provinces did they choose? What kind of homes did they buy? And how much did they spend?

Why do so many foreign buyers head for Alicante’s Costa Blanca, and so few for the coast of Castellón province, known as the Orange Blossom Coast, or Costa del Azahar in Spanish? It has some wonderful beaches, and in many ways is more like the ‘real Spain’ than the Costa Blanca, and many foreign buyers like to think they want an authentic location, rather than a foreign ghetto. The main reason, I suspect, is Alicante’s powerful sales infrastructure built up over the last 50 years.

Foreign buyers in Alicante are buying a much larger proportion of villas than buyers in the other provinces. Alicante has a reputation as the place to get a cheap villa in Spain